Disney Wiki
Register
Don't have an account?
Sign In
Advertisement
in: Characters, Pirates of the Caribbean characters, Villains,
and 18 more

“There is no honor to remaining with the losing side. Leaving it for the winning side, that's just good business.”
―Sao Feng to Hector Barbossa[src]

Sao Feng (Chinese:嘯風 meaning "Howling Wind") is a Chinese pirate, renowned as the Pirate Lord of Singapore and scourge of the South China Sea. He appears in the 2007 film, Pirates of the Caribbean: At World's End as supporting character. As one of the nine Pirate Lords, Sao Feng was captain of the Empress. He also possessed navigational charts, which led to supernatural realms.

“Is he that terrifying?"
"He's much like meself, but absent my merciful nature and sense of fair play.
”
―Elizabeth Swann and Hector Barbossa[src]

As a member of the Brethren Court, Sao Feng was feared throughout the South China Sea as ruthless and cunning and was respected by his fellow Pirate Lords. He commanded a vast fleet of junks, crewed with loyal soldiers and sailors, all of whom he used to extend his influence. Sao Feng was an imposing figure, bearing a dragon tattoo on his body, as do his loyal followers. He wore his mustache and goatee beard long and kept his head shaved. For unknown reasons, Sao Feng had held a grudge against Jack Sparrow, as he had once "payed him great insult".

Sao Feng owns a bathhouse that caters to the highest paying clients. He also has at least two ships at his disposal, the Hai Peng and Empress. Feng also had in his possession unique navigational charts that mapped the routes to mythical locations. In battle, Sao Feng was a skilled combatant, with his attacks highly varied. He wielded a traditional Chinese dao in battle. As the Pirate Lord of the South China Sea, Sao Feng owned one of the nine pieces of eight, which he later passed on to Elizabeth Swann, whom he believed to be the goddess Calypso.

At the beginning of the film, Sao Feng's navigational charts were needed for a voyage to World's End. Hector Barbossa and Elizabeth Swann visit Sao Feng at his bathhouse in Singapore, requesting a ship and a crew. However, Feng is suspicious and informs them that earlier that day someone broke into his uncle's temple and attempted to steal the navigational charts, revealing the thief to be Will Turner. Barbossa and Elizabeth deny knowing Will, but when Feng threatens to kill him, Elizabeth reacts, confirming they are allies. Barbossa's plan now exposed, Sao Feng inquired as to why they intend to attempt a voyage to Davy Jones' Locker. By the end of the meeting, Sao Feng learns that the voyage was to bring Jack Sparrow back from the dead so that they could convene the Brethren Court. Sparrow was needed because he holds one of the nine "piece of eight" which he failed to pass to a successor. As Barbossa tells him all this, Sao Feng notices a fake tattoo dissolving on a servant's shoulder, and assumes he is a spy of Barbossa's. However, the man was actually a spy for the East India Trading Company, who burst in Sao Feng's bathhouse to attack the pirates.

As Mercer and EITC marines burst in and open fire, Sao Feng fought against the soldiers before leaving through an exit. During the battle, Sao Feng and Will Turner confront each other in the dark, while Mercer secretly listens in. Will tells Feng that if he wishes to make a deal with Beckett then he needs what Will offers. The two then strike a deal: Will wants the Black Pearl to free his father from Davy Jones, and Feng can have revenge on Jack Sparrow in exchange. Feng agrees and, giving the navigational charts, provides Will Turner with a ship and crew. When Will Turner meets with Barbossa's crew, he says that Sao Feng will cover their escape and meet them in Shipwreck Cove. However, Sao Feng makes his own deal, in which he would turn against Will and claim the Black Pearl for himself.

After rescuing Jack Sparrow and the Black Pearl and escaping Davy Jones' Locker, Will Turner leads them to an island, where Sao Feng's ship arrived to take the Pearl. Jack, Barbossa and the crew are taken captive as Sao Feng and Will Turner revealed their alliance. After a brief confrontation, Sao Feng directs Sparrow's attention to an approaching ship, Lord Cutler Beckett's flagship, the Endeavour. As Jack was escorted to Beckett's cabin, Sao Feng betrays Will Turner but learns from Mercer that Beckett is keeping the Black Pearl. Barbossa then sways Sao Feng to join their side by revealing that he intends to release Calypso, the goddess bound into human form by the First Brethren Court so that they can fight against Beckett. Sao Feng, mistaking Elizabeth Swann for Calypso, agrees to aid them in their escape in exchange for her. Seeing no other option and to save the crew, Elizabeth agrees to go with Feng.

Aboard the Empress, Sao Feng reveals that he believes Elizabeth is Calypso. He tells Elizabeth it was the First Court who imprisoned the sea goddess, and that the Brethren would free her once they arrive at Shipwreck Cove. Pretending to be Calypso, Elizabeth discusses with Sao Feng what she might do for him if freed. When Elizabeth asks what would happen if she refused to grant her favors, Sao Feng suggests he would take her fury before forcefully kissing her, but she pushes him away. While angrily approaching Elizabeth, Sao Feng was caught by cannon fire as the Flying Dutchman suddenly attacks the Empress. When the smoke clears, Elizabeth finds Sao Feng impaled and dying. Before his death, Sao Feng gives Elizabeth his piece of eight and declares her captain of the Empress, telling her that she must take his place at the Brethren Court so that "Calypso" will be free. His last words before dying are, "Forgive me, Calypso."

Sao Feng's first scenes in the gameplay similarly as in the film. The latter, however, is slightly different; for instance, Sao Feng does not work with Cutler Beckett and he fought Elizabeth Swann in a duel before his death.

Sao Feng appears in the game. He appears to be close friends with Barbossa, and agreed to his proposal in the bathhouse, instead of agreeing with Will Turner in the streets. Also, when Elizabeth exits the bathroom of the Empress, Sao Feng is already dead.

Sao Feng does not appear in the game. However, in the Pirates of the Caribbean playset, the player has to fight several of his fleet's ships in order to progress. One of the customization packs available for the player, unlocked by default, is named after him and mocks up the ship as a junk similar to his ship, the Empress.

The character of Sao Feng became a subject of controversy when At World's End was released in China. At least one nation's official censors have ordered scenes cut from the film. According to Xinhua, the state news agency of the People's Republic of China, 10 minutes of footage featuring Sao Feng has been cut from versions of the film which may be shown in China. Sao Feng has 20 minutes of screen time in the uncensored theatrical release of the film. No official reason for the censorship was given, but unofficial sources within China have indicated that the character gave a negative and stereotypical portrayal of the Chinese people.

Despite the controversy about Sao Feng's portrayal, At World's End was a success in China, despite that the South China Sea had a long history of piracy. 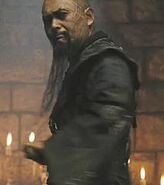 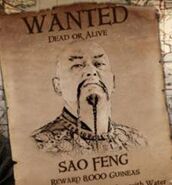 Sao Feng while meeting with Barbossa.

An angry Sao Feng onboard the Pearl. 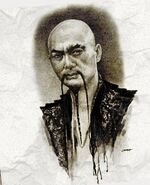 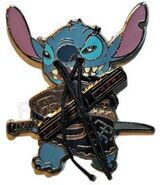 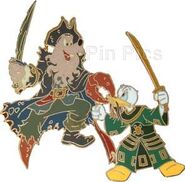 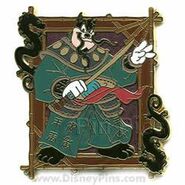