Sarah Jane Hyland is an American actress and voice actress, who is best known for her role as Haley Dunphy in the ABC comedy series Modern Family from 2009 to 2020.

For Disney, Hyland appears in a scene deleted from the theatrical cut of The Muppets. She plays a girl seen on a TV series called Credit Card Club, shown by Veronica to the Muppets as an example of CDE programming. She also voiced Theresa Fowler in the Disney XD animated series Randy Cunningham: 9th Grade Ninja. She played Dylan Schoenfield in the Disney Channel Original Movie Geek Charming, Silvano-Giovanna in Cradle Will Rock, and Molly in the 1999 Disney television movie adaptation of Annie. In addition, she voiced Tiifu in The Lion Guard: Return of the Roar and its follow-up series The Lion Guard Season 1 and "The Rise of Scar" and appeared as herself in Mickey's 90th Spectacular. She also played the Seelie Queen in Shadowhunters. She was set to portray Rose, in the cancelled fairytale series, Epic, which was set in the Disney universe. 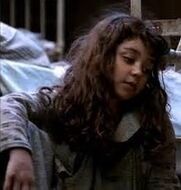 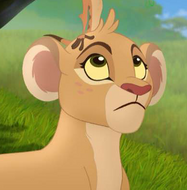 Sarah Hyland at premiere of The Lion Guard: Return of the Roar in November 2015.

Sarah Hyland attending the 6th biennial Stand Up to Cancer event in September 2018.