Scotland is a country that is a part of the United Kingdom in Europe. It occupies the northern third of the island of Great Britain. It shares a border with England to the south, is bounded by the North Sea to the east and the Atlantic Ocean to the north and west, and the North Channel and Irish Sea to the southwest. In addition to the mainland, Scotland constitutes over 790 islands, including the Northern Isles and the Hebrides.

It should be noted that the country's cultural history is not accurately portrayed in some films, for example the presence of Highland dances (which were not present in the medieval era).

Actors/Actresses and Crew born in Scotland

The flag of Scotland 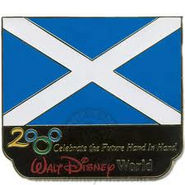 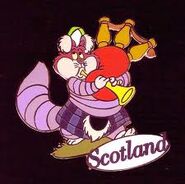