Secret Invasion is an upcoming Disney+ original series, set within the Marvel Cinematic Universe centering on Nick Fury and Talos investigating the Skrulls.[1]

A sect of shapeshifting aliens, the Skrulls, have infiltrated all aspects of life on Earth.[2]

Andrew W. Marlowe was hired to write the script for a Nick Fury project in 2006. The script he wrote was loosely based on Jim Starenko's Nick Fury, Agent of S.H.I.E.L.D. series and involved the S.H.I.E.L.D. Helicarrier. The script was not written for the version of the character appearing in the Marvel Cinematic Universe as it was constructed before Samuel L. Jackson was cast but Marlowe said that the script could be "tweaked" for Jackson's portrayal.[17]

On September 25, 2020, Variety reported that Marvel Studios was developing a series centered on Nick Fury with Kyle Bradstreet attached to write and executive produce.[18]

On December 10, 2020, Kevin Feige officially announced the series at the Disney Investors Day.[1]

On January 11, 2021, in an interview with Collider, Kevin Feige revealed that the series' first season would consist of six episodes.[19]

On January 16, 2021, it was reported that Michael Giacchino would compose the score for the series.[20]

On March 15, 2021, Deadline reported that Kingsley Ben-Adir had joined the cast of the series and that he would portray the series' lead villain.[21]

On April 30, 2021, Deadline reported that Killian Scott joined the cast of the series in an undisclosed role.[7]

On May 26, 2021, Deadline reported that Christopher McDonald has joined the cast of the series in an undisclosed role, however it is implied that he will portray an original character instead of a character from the comic books.[9]

On September 1, 2021, it was reported that filming had officially started in London.[25]

On March 12, 2022, Samuel L. Jackson revealed in a panel that Martin Freeman is set to reprise his role as Everett Ross in the series.[15] 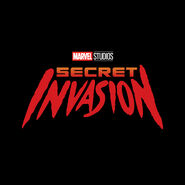