Star Wars: Attack of the Clones
Star Wars: Revenge of the Sith

Killed by Anakin Skywalker during his transformation into Darth Vader when he attacked the Coruscant Jedi Temple
Shaak Ti is a Togruta Jedi Master and one of the main characters who appeared in the Star Wars universe. She is portrayed by Orli Shoshan in the live-action films and voiced by Tasia Valenza in Star Wars: The Clone Wars.

Shaak was born Force-sensitive on the planet Shili. At a very young age, she was discovered by the Jedi Order and brought to the Coruscant Jedi Temple to be trained as a Jedi. She eventually obtained the rank of Jedi Master, becoming a member of the Jedi High Council and becoming one of the finest Jedi that the Jedi Order has ever had.

Shortly after the Clone Wars had begun, Shaak became a Jedi General, early in the war, Shaak was assigned to the watery world of Kamino, in order to oversee the production and training of new Clone Troopers throughout the war.

By the end of the Clone Wars, Anakin Skywalker, now the ruthless Sith Lord Darth Vader, led a legion of five hundred and one clone troopers and attacked the Coruscant Jedi Temple, during the attack on the Coruscant Jedi Temple, Shaak was in a meditation state at the time, leaving her vulnerable to attack and preventing her from assisting her Jedi comrades; as she meditated during the attack, Shaak was impaled and killed by Vader's blue-bladed lightsaber.

Shaak's nature was sometimes different from her kind, as she was highly independent and preferred to operate alone. She was sometimes viewed as cold and unfeeling; something that was not helped by her naturally pointed teeth which, when bared, appeared as a sinister snarl, naturally patterned to blend into the wilds of Shil. However, in truth, Shaak was a kind, caring, and compassionate person who had a good sense of humour.

As a Jedi, Shaak was intelligent and wise, however, despite this, like most Jedi Masters, she was somewhat arrogant, self-righteous and short-sighted, as she sometimes had a habit of underestimating the younger generation of Jedi, like Anakin Skywalker (incorrectly) believing he was not ready to become a Jedi Knight, on the matter if Anakin should become a Jedi Knight or not, she was in the minority when she voiced doubt in the young Jedi's nature and his readiness to be a Jedi Knight. She was thus overruled by the other Jedi High Council members, though she held close to her opinion; although Shaak would later be proven to be right about the change on Anakin readiness to be a Jedi Knight; due to him becoming Darth Vader.

Shaak is part of the Jedi High Council replacing master Yaddle. After Obi-Wan Kenobi was captured along with Anakin Skywalker, and Padmé Amidala on Geonosis, Shaak travelled with a 250 member Jedi strike team led by Mace Windu to rescue them. They were all surrounded by droids, but were saved by Yoda, and his clonetroopers. In the days afterwards, Shaak was made one of the first Jedi generals for her membership on the Jedi council, extensive array of capabilities, combat experience, leadership, strategical skill, and was often stationed on Kamino to protect and oversee republic clone production, and training when she was not leading battles.

Star Wars: Revenge of the Sith

Shaak was still a member of the Jedi Council when they became suspicious of Chancellor Palpatine. During Anakin Skywalker's assault on the Jedi Temple during Order 66 with the Clone Troopers, she was meditating when the fallen Jedi Knight snuck up behind her, and stabbed her through the heart with his lightsaber, killing her instantly. This would lead him down the dark path to becoming Darth Vader.

Shaak was training clone cadets on Kamino when the Clone Wars began. She was seen throughout the show as a supporting character.

Shaak Ti in The Clone Wars.

Shaak Ti dies at the hands of General Grievous in a deleted scene. 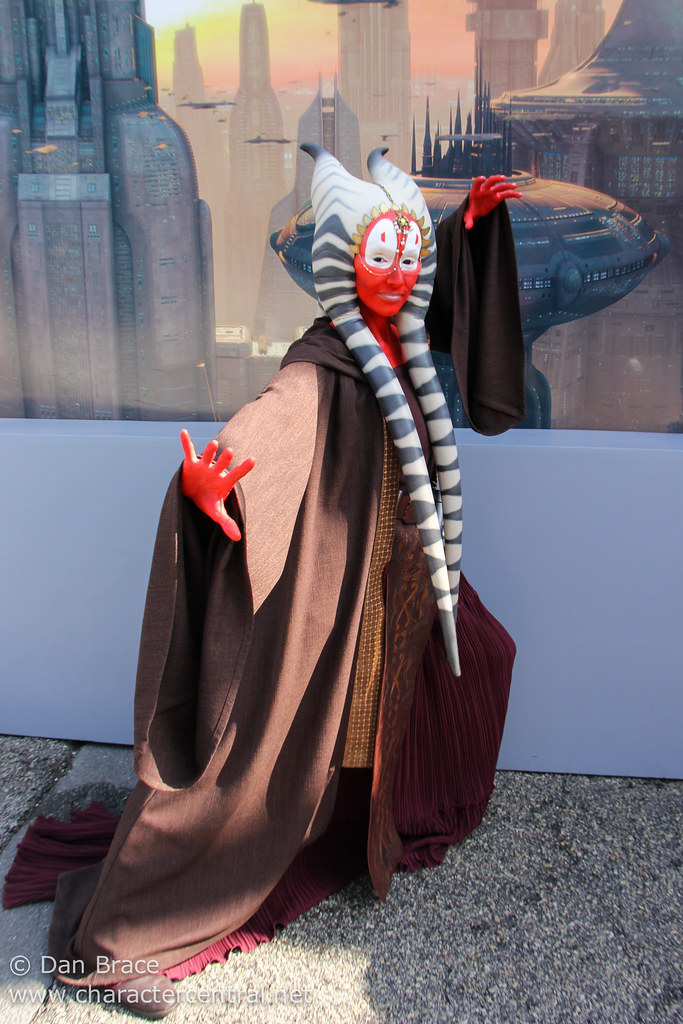 Retrieved from "https://disney.fandom.com/wiki/Shaak_Ti?oldid=4054019"
Community content is available under CC-BY-SA unless otherwise noted.