1978–present
Sheena Easton is a Scottish singer, recording artist, and stage and screen actress with dual British-American nationality. Easton first came into the public eye as the focus of an episode in the first British musical reality television programme The Big Time: Pop Singer, which recorded her attempts to gain a record contract and her eventual signing with EMI Records. She is also well-known for voicing Sasha la Fleur-Barkin in All Dogs Go to Heaven 2, the television series, and An All Dogs Christmas Carol.

All of her Disney roles are listed below. 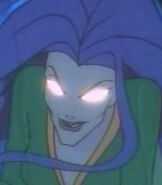 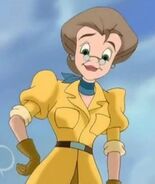 Dr. Doyle
(The Legend of Tarzan)
Add a photo to this gallery
Retrieved from "https://disney.fandom.com/wiki/Sheena_Easton?oldid=4029964"
Community content is available under CC-BY-SA unless otherwise noted.