Bob (father)
Sheldon is an H2O-intolerant seahorse and Bob's son who appears in the 2003 Disney/Pixar animated film, Finding Nemo and its 2016 sequel.

One of Mr. Ray's students, Nemo meets Sheldon and his friends, Pearl and Tad, while waiting to start school. He was slapped and scolded by his father Bob for making fun of Nemo's small fin (though it was Tad who did it instead of Sheldon). He was also part of the group who saw the boat. Like the other children, he tries to see how close to it he can swim. When Marlin accuses Nemo of swimming passed the drop off, he and the other kids try to defend Nemo. When the diver appears, he flees with the rest of the class.

He briefly appears at the end welcoming Nemo and newcomer Squirt into the class.

Sheldon returns in the sequel, albeit only making two appearances throughout the film. Unlike in the first film, Sheldon does not have any speaking roles, along with Pearl and Tad who return in the sequel. He first appears in the scene where Mr. Ray is telling his class about the stingray migration and during the spot where the stingray migration occurs in which Mr. Ray warns the class to stay away from the undertow to avoid getting caught in the current and later looking at Dory who was knocked unconsciously by the large group of stingrays. Sheldon last appears at the end of the film where he, Tad, Pearl, and the rest of the students discover that Mr. Ray joined the stingray migration in which Hank, Bailey, and Destiny substitute for Mr. Ray's class. 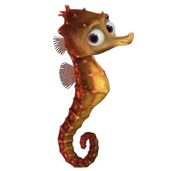 Sheldon with Pearl and Tad 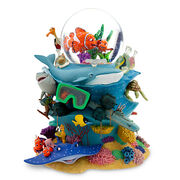 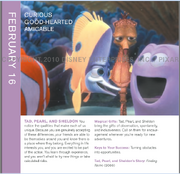 Tad, Pearl, and his Disneystrology page 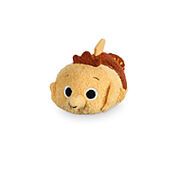