1995–present
Sherri Evonne Shepherd is an American actress, comedian, author, and TV personality. She is probably best known for her role as Angie Jordan in the comedy sitcom 30 Rock and Ramona Platt in Less than Perfect.

For Disney, she voiced MC Honey in the Disney Channel animated series Kim Possible. She also played Agent Beverly in K.C. Undercover and Ramona Platt in the ABC comedy sitcom, Less than Perfect. 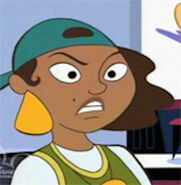 MC Honey
(Kim Possible)
Add a photo to this gallery 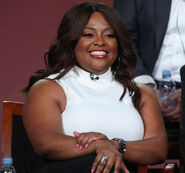 Sherri Shepherd speaks at the Trial and Error panel at the 2017 Winter TCA Tour.
Add a photo to this gallery
Retrieved from "https://disney.fandom.com/wiki/Sherri_Shepherd?oldid=3701199"
Community content is available under CC-BY-SA unless otherwise noted.