2006 - Present
Shiyoon Kim (김시윤) is a Korean-American animator who currently works for Walt Disney Animation Studios. His major role was when he started working on Big Hero 6, as chief character designer who designed the lead characters of the film along side with character design supervisor, Jin Kim, another Korean animator. According to Shiyoon Kim in an interview, he said he mainly focused on Hiro Hamada and Baymax.

“Early designs were drafted by Kim Shiyoon, a fellow Korean animator, who originally created the characters as Koreans. Of course, there are no mentions of specific nationalities in the film, but that was what we, the artists, imagined,” (Jin) Kim said.

Although Shiyoon Kim originally decided the three characters as Koreans, the film needed at least one Japanese characters. Despite such efforts trying to introduce Korean characters into a Disney film, Shiyoon had no choice but to drop Hiro Hamada and Tadashi Hamada's Korean ethnicities by giving them Japanese names, going against his original intentions. Despite giving them Japanese names later on, fellow artists (Such as Jin Kim and other animators) carried out and kept Kim's original motives as Korean characters throughout production. Although he had to give up on Hiro Hamada and Tadashi Hamada's intended ethnicities, he was able to succeed in making Go Go Tomago as Disney's first Korean character. 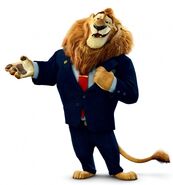 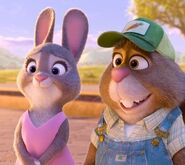 Retrieved from "https://disney.fandom.com/wiki/Shiyoon_Kim?oldid=3947132"
Community content is available under CC-BY-SA unless otherwise noted.