“We were asked to do the impossible. That's what we did. We've reinvented the very concept of transportation. Friends, I present Project Silent Sparrow.”
―Krei, presenting his project

Project Silent Sparrow is the name of a portal that was built by Krei Tech Industries as Alistair Krei tried to make science fiction a reality and to create a new way of transportation on Akuma Island. Yokai, however, took the portal for himself used it as a destructive weapon against Alistair.

“Teleportation. The transport of matter instantaneously through space. Not science fiction anymore.”
―Krei

Hiro Hamada saw blueprints of Silent Sparrow at the warehouse, where he first encountered Yokai and then later saw the masked man bringing one of the three parts of the portal to San Fransokyo Bay, but had no idea what it was, what it is for or what the red bird logo on it means. After upgrading himself, his friends and Baymax, the team headed to Akuma Island and discovered the last part of it as they were trying to find Yokai. The team watched footage from the control pit and saw Alistair Krei demonstrating the portal to the garment.

There were two portals and as something went through one, it will out of the other. They had planned to send a human pilot inside a pod through and out it. Even when anomalies were showing in the scans, Krei still went through with it to show the general that it was safe. But after the pod went in the scientists lost contact with it and the second portal destroyed itself, while the other one became a vortex and began sucking everything in until it was forcibly shut down, trapping the pilot in the space between the portals.

The team's theory of Krei being the masked man grew as they "realized" the reason why Krei had started the fire and stolen Hiro's Microbots, so he could take his technology back, but Yokai turns out to be Professor Robert Callaghan and he escapes with the end of the portal when Baymax had his healthcare chip reasserted into him. After Hiro calms down and the team saw the rest of the footage, they realize why Callaghan wanted it: the pilot was his daughter, Abigail Callaghan and he blamed Krei for her "death" because he sent her into the portal despite knowing that it was unstable.

As Krei introduces his new Krei Tech Building, Callaghan uses the microbots to capture Krei, to put the three parts of the portal together again and to hold it up as the portal starts to suck the building into it. He planned to use the portal to destroy everything that Krei built, before sending him into like he did with Abigail. Hiro was nearly sucked into the portal himself until he was saved by Baymax, he then gets the team to use the portal to their advantage as it takes care of the microbots and slower the number of them. Callaghan is caught, but as the team try to find cover from the portal's growing destruction, Baymax picks up Abigail's life reading within the portal, meaning that she is still alive. Hiro and Baymax go into the portal to save her and discover its void universe, as parts of Krei Tech floating around them. After the two find Abigail and are about to bring her home, Baymax's suit is damaged and uses his rocket fist (with his Healthcare chip clutched in it) to send Hiro and Abigail back, Hiro didn't want to leave Baymax in the void universe as the portal's shield was tearing it apart, but time was running out and it was the only way for them to get Abigail Callaghan back home to their universe. The portal then explodes when the two get out safely through and Abigail is sent to the hospital. Meanwhile, a seemingly regretful Callaghan is arrested and taken away by the police. 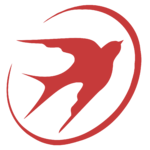 One of the three parts