Paige Adkins
Royce Adkins
David Adkins, known by his stage name Sinbad, is an American stand-up comedian, actor, and voice actor. He became widely known in the 1990s from being featured on his own HBO specials, appearing on several television series, and starring in films, such as Necessary Roughness as Andre Krimm, Jingle All the Way as Myron Larabee, and Good Burger as Mr. Wheat.

For Disney, he played Kevin Franklin in Houseguest and Sam Simms in First Kid. He also provided the voices of Riley in Homeward Bound II: Lost in San Francisco, Hollywood Shuffle in Ready to Run, and Roper in Planes and Vitaminamulch: Air Spectacular. Additionally, he voiced Uroho in The Lion Guard episode "The Traveling Baboon Show". 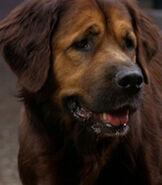 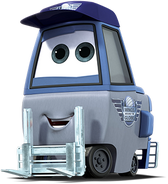 Uroho
(The Lion Guard)
Add a photo to this gallery

Sinbad on stage in New York City in June 2008
Add a photo to this gallery
Retrieved from "https://disney.fandom.com/wiki/Sinbad?oldid=4082901"
Community content is available under CC-BY-SA unless otherwise noted.