Star Wars: Attack of the Clones
Star Wars: The Empire Strikes Back

Individuals (2)
Slave I is a spacecraft in the Star Wars universe. It first appears in Star Wars: The Empire Strikes Back under the command of bounty hunter Boba Fett, and then in the prequel film, Star Wars: Attack of the Clones commanded by Jango Fett.

Slave I also appears in numerous Star Wars Expanded Universe books, comics, and video games; toys and models of the craft have been made by a variety of merchandising licensees. It appears in Star Tours: The Adventures Continue, in one of the many different adventure choices.

The Slave I is the assist for Boba Fett, available as a Unique card. 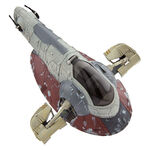 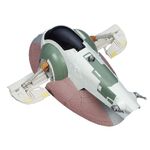 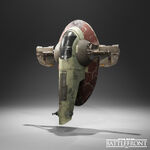 Slave I in Star Wars Battlefront 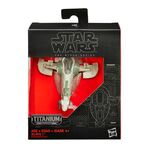 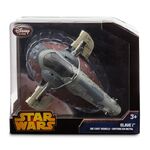 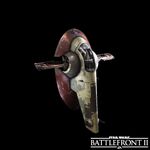