English
Sneakerella is a Disney+ original film, starring Chosen Jacobs and Lexi Underwood. It was released on May 13, 2022.

In this modern reimagination of the Cinderella fairy tale, El is an aspiring sneaker designer from Queens who works in the shoe store that once belonged to his late mother. El hides his artistic talent from his stressed-out stepfather and two mean-spirited stepbrothers. When he meets Kira King, the fiercely independent daughter of legendary basketball star and sneaker tycoon Darius King, sparks fly as the two bond over their mutual affinity for sneakers. But are their worlds too different... and can El find the courage to pursue his dream of becoming a “legit” sneaker designer in the industry?

El is a young boy living in Queens who works in his late mother's old shoe store, Laces. It is currently run by his overworked and harsh stepfather, Trey, who is constantly having him perform all the stockroom duties while El's stepbrothers Zelly and Stacy continuously mock him and make his job harder. El's friend, Sami, invites him to a shoe drop where they meet Kira who takes an interest in El's ability to understand someone by simply looking at their shoes. After missing the drop, El decides to take Kira around Queens where the two of them quickly develop chemistry for each other. Unbeknownst to El, Kira is actually the daughter of Darius King, a former basketball player and sneaker mogul.

The next day, El and Sami discover Kira's familial connection with Sami suggesting that El try to get his shoes seen by the Kings. He is reluctant, but after Trey informs him that he is selling Laces and moving the family back to Jersey, something Zelly and Stacy have wanted, El decides to create a unique pair of shoes to show off at the upcoming gala event. At the King residence, Kira's older sister, Liv, is trying to push a shoe design that El considered "basic". Kira convinces her father to allow her to look for a new and original design to be the part of the new King brand and, with the support of her mother Denise, Darius agrees under the condition that they get it before launch.

El prepares to head to the gala, under the guise of a server, but Zelly and Stacy trap him in the stockroom. He is rescued by the kindly gardener Gustavo, who displays supernatural abilities, and gets him and Sami to dress as guests to the gala event; warning them that they need to leave by midnight. Upon arriving, El's shoes become the talk of the town as Sami spreads that he is an independent designer who has worked with major companies. El reunites with Kira who believes that he has the experience being talked about and tries to get him to talk to Darius. However, midnight arrives and El and Sami are forced to flee where, in classic fashion, El loses one of his shoes which is found by Kira.

Realizing that she did not get El's phone number or social media address, Kira and Liv make a campaign to find her "prince". El and Sami manage to contact her and she sets up a meeting with Darius. Zelly and Stacy discover what El has been up to and and steal his other shoe before heading to see Darius to inform him about who El really is. El arrives just as his stepbrothers are leaving and is confronted by an upset Darius. Kira and Liv are also angered at him lying to them about his experience and he solemnly leaves. Sami, Gustavo and the rest of the neighborhood are saddened at El's misfortune as he throws away his sneaker designs. Gustavo finds them and makes a plan.

The next morning, Kira speaks with her mother who tells her that her disappointment came from trying to meet her father's expectations and realize that she equally put a lot of pressure on El. El wakes up to find that his family is moving and the pair of sneakers from his designs. With Sami's help, he heads to the new sneaker drop where he and Kira apologize to one another. Zelly and Stacy discover that El has left again and take off in the moving truck to confront him. Trey is confused and angered at the events surrounding El, but Sami finally confronts him over how he is has been treating him since the death of his mother.

El finally speaks with Darius in front of an audience admitting to his faults and pointing out how he truly does not understand him. Zelly and Stacy arrive to try and undermine him, but Trey comes and admits that he has been harsh on El because he reminded him too much about his mother and asks for forgiveness in the hopes of being a better father. Darius finally sees El for who he is and decides to back up his new sneaker design. One year later, El and Kira are in a relationship and Laces has changed its name to El-evated that pushes for new and creative designs for the whole neighborhood of Queens. 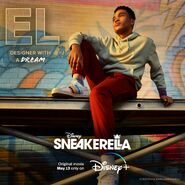 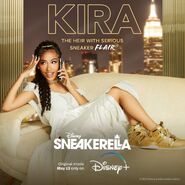 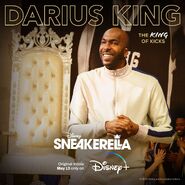 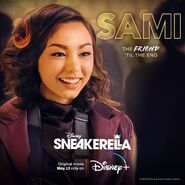 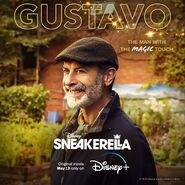 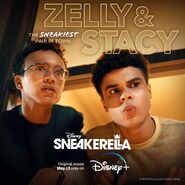 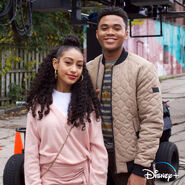