This article is about the 1939 short film. For the similarly-named 2013 Mickey Mouse episode, see Dog Show.

Mickey's Surprise Party
Society Dog Show is a Mickey Mouse short that was released in 1939.

Mickey Mouse enters Pluto in a ritzy dog show. While Mickey grooms Pluto, Pluto starts swooning over Fifi the Peke. Things don't look good for Mickey and Pluto after the judge who looks over Pluto throws them out when the dog attacks the judge. But when a fire breaks out in the building (caused by a photographer), Pluto bravely goes in to save Fifi and is a hero. 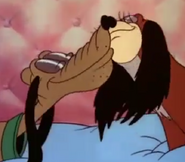 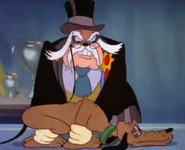