Rogue One
Solo (known on all promotional material as Solo: A Star Wars Story) is a science-fiction film and the second installment in the Star Wars Anthology Series that are not directly tied into the main saga. It focuses on the early life of Han Solo. It is directed by Ron Howard and was released on May 25, 2018.

Board the Millennium Falcon and journey to a galaxy far, far away in Solo, an all-new adventure with the most beloved scoundrel in the galaxy. Through a series of daring escapades deep within a dark and dangerous criminal underworld, Han Solo meets his mighty future copilot Chewbacca and encounters the notorious gambler Lando Calrissian, in a journey that will set the course of one of the Star Wars saga’s most unlikely heroes.

On the planet Corellia, orphaned children are made to steal to survive. Young adults Han and Qi'ra make an escape from a local gang. They bribe an Imperial officer with stolen coaxium (a powerful hyperspace fuel) for passage on an outgoing transport, but Qi'ra is apprehended before she can board. Han vows to return for her and joins the Imperial Navy as a flight cadet. When the recruiting officer asks for his surname, Han explains that he is alone with no family, so the recruiter gives him the last name "Solo".

Three years later, Han has been expelled from the Imperial Flight Academy for insubordination and is serving as an infantryman on Mimban. He encounters a group of criminals posing as Imperial soldiers led by Tobias Beckett. Han attempts to blackmail them into taking him with them, but Beckett has him arrested for desertion and thrown into a pit to be fed to a Wookiee named Chewbacca. Able to understand Chewbacca's language, Han persuades him to cooperate to escape. Beckett, aware of the usefulness of a Wookiee's strength, rescues and enlists them in the gang to steal a shipment of coaxium on Vandor-1 . The plan goes awry when the Cloud Riders, a group of so-called terrorists led by Enfys Nest, arrive, resulting in the deaths of two crew members, including Beckett's wife, and the destruction of the coaxium.

Beckett reveals that he was ordered to steal the shipment for Dryden Vos, a high-ranking crime boss in the Crimson Dawn syndicate. Han and Chewbacca volunteer to help him steal another shipment to repay the debt. They travel to Vos' yacht where Han finds Qi'ra, who has joined Crimson Dawn, and is Vos' top lieutenant. Han suggests a risky plan to steal unrefined coaxium from the mines on Kessel; Vos approves but insists Qi'ra accompany the team. She leads them to Lando Calrissian, an accomplished smuggler and pilot who she hopes will lend them his ship, a freighter called the Millennium Falcon. Han challenges Lando to a game of sabacc, with the wager being Lando's ship. Lando cheats to win but agrees to join the mission in exchange for a share of the profits.

After reaching Kessel in the Falcon and infiltrating the mine, Lando's droid co-pilot L3-37 instigates a slave revolt. In the confusion, they steal the coaxium, but L3 is fatally damaged, and Lando is wounded during the escape. Meanwhile, Chewbacca manages to find a group of other Wookies that had gone into hiding after the Empire had conquered their original homeworld, but when the others decide to take another ship to escape, Chewbacca chooses to stay with Han. With the help of L3's navigational computer, hot-wired into the ship's systems, Han pilots the ship through the dangerous and uncharted Kessel Run (encountering a gargantuan summa-verminoth in the process) in approximately twelve parsecs to elude an Imperial blockade. The Falcon, badly damaged, lands on the planet Savareen to process the coaxium.

During a confrontation with Enfys, who tracked the team from Vandor, Lando flees in the Falcon, deserting everyone else. Enfys explains to Han that she and her crew are not pirates, but rebels made up of victims from the tyrannical state of the galaxy trying to strike back at the syndicates and the Empire. Han becomes sympathetic to their cause and tries to trick Vos, but the crime lord reveals Beckett has already alerted him to the double-cross. Vos sends his guards to kill Enfys, but the Cloud Riders overpower them instead, leaving Vos defenseless. Having anticipated Vos's strategy, Han tries to take the coaxium, only for Beckett to betray Vos, escaping with it and taking Chewbacca hostage. Qi'ra kills Vos and sends Han after Beckett. She contacts Vos' superior, the former Sith lord Maul, to inform him of the mission's failure, and claim Vos' position. She blames the failure on Beckett, never mentioning Han. Maul orders Qi'ra to meet with him on Dathomir.

Han catches up to Beckett and confronts him, shooting Beckett before he can return fire. With his dying words, Beckett tells Han that he made a smart choice because he would have shot Han. Qi'ra leaves in Vos's yacht, while Han and Chewbacca turn the coaxium over to Enfys, who offers Han a chance to join the rebellion against the Empire; when he declines, she gives him a vial of coaxium, enough to purchase a ship of his own. Han and Chewbacca locate Lando and challenge him to a rematch in sabacc, once again wagering the Falcon. Han wins, having stolen the card Lando was keeping up his sleeve in order to cheat, and he and Chewbacca leave for Tatooine, where Han heard a crime lord is putting together a profitable job and the film ends with the Falcon jumping into hyperspace.

In 2014, after The Force Awakens began production, Kasdan turned his attention back to the Han Solo film, this time bringing his son Jon Kasdan on to share writing duties with him. On July 8, it was confirmed that the film would follow a young Han Solo, and be released on May 25, 2018. Phil Lord and Christopher Miller were also confirmed as directors. On May 5, 2016, Alden Ehrenreich was confirmed to star in the film as Han Solo. In July 2016, it was stated the film would be part of a planned trilogy.[2] In August 2016, it was announced that Lando Calrissian would appear in the film and be portrayed by Donald Glover. On March 6, 2017, Michael Kenneth Williams was cast in a role in the film.[3] However, on August 22, 2017, due to scheduling conflicts, he unable to return to set for reshoots under Howard's direction, and his role was announced to have been cut.[4] Paul Bettany was cast in his place, and the character was rewritten and reworked. On June 20, 2017, Lucasfilm's Kathleen Kennedy announced that Phil Lord and Chris Miller are no longer involved with the film due to creative differences.[5] On June 22, 2017, Lucasfilm announced that Ron Howard will take over directing duties.[6] The first official trailer for the film was released on February 5, 2018.

On review aggregation website Rotten Tomatoes, Solo has an approval rating of 70% based on 461 reviews, with an average rating of 6.42/10. The website's critical consensus reads, "A flawed yet fun and fast-paced space adventure, Solo: A Star Wars Story should satisfy newcomers to the saga as well as longtime fans who check their expectations at the theater door." On Metacritic, which assigns a normalized rating to reviews, the film has a weighted average score of 62 out of 100, based on reviews from 54 critics, indicating "generally favorable reviews". 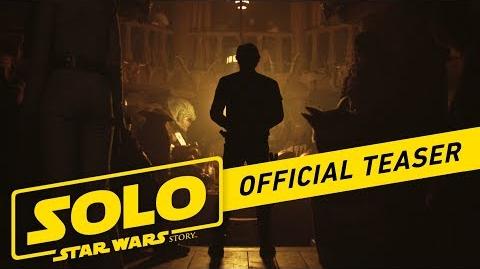 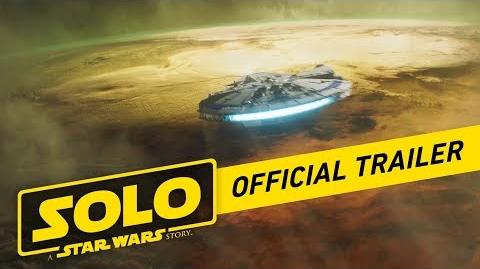 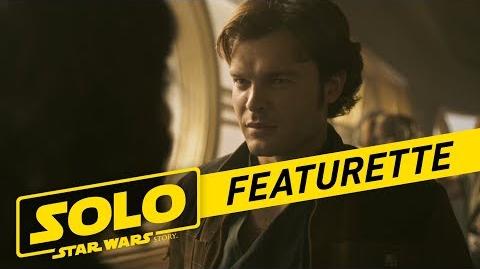 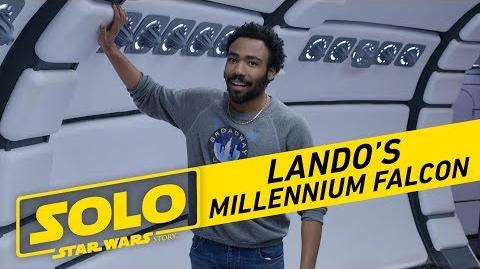 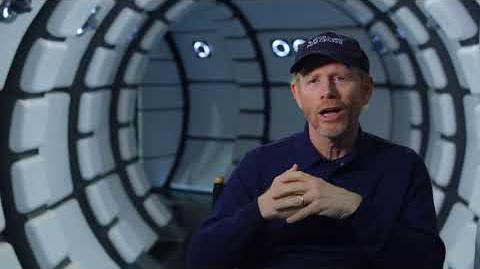 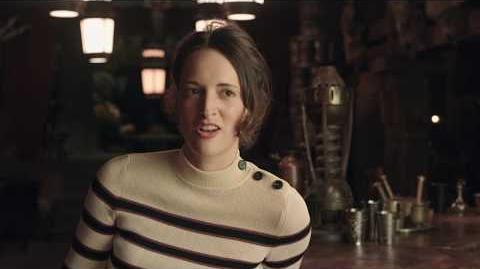 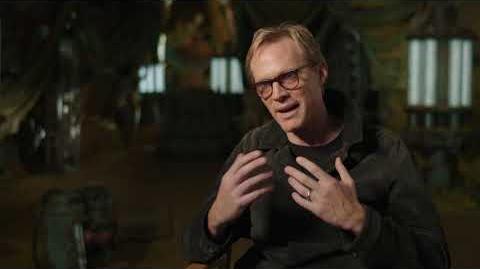 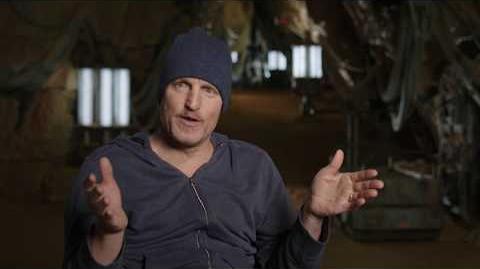 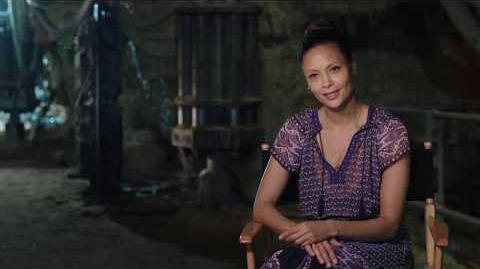 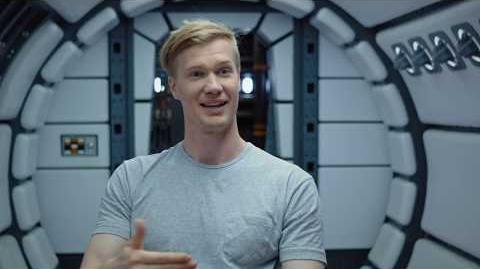 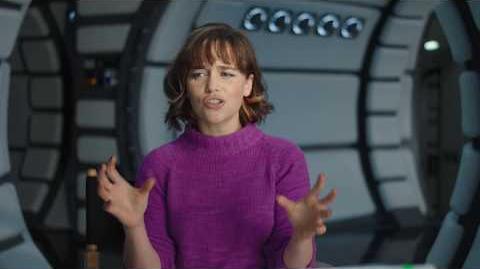 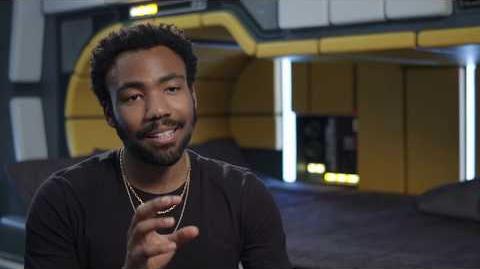 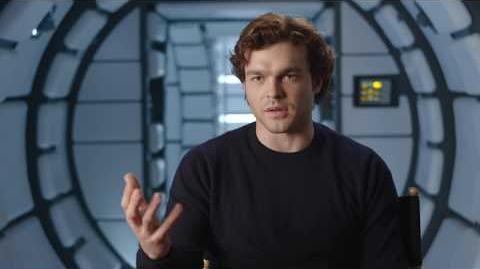 The Disney Wiki has a collection of images and media related to Solo.