His Disney roles included Lambert Lion in Lambert the Sheepish Lion, Mr. Busy the Beaver in Lady and the Tramp, the Egyptian God Ra in the Hercules: The Animated Series episode Hercules and the Romans, and the narrator for An All New Adventure of Disney's Sport Goofy, Down and Out with Donald Duck (for which he also served as a writer for the TV special), and The Wuzzles.

He was also the voice of Mickey Mouse and additional voices in the 1954 Disneyland record album, Walt Disney's Mickey Mouse's Birthday Party.[1]

Freberg was born Stanley Friberg in Pasadena, California, the son of Evelyn Dorothy (née Conner), a housewife, and Victor Richard Friberg (later Freberg), a Baptist minister. Freberg was a Christian and of Swedish and Irish descent.

Freberg's work reflects both his gentle sensitivity (despite his liberal use of biting satire and parody) and his refusal to accept alcohol and tobacco manufacturers as sponsors—an impediment to his radio career when he took over for Jack Benny on CBS radio. As Freberg explained to Rusty Pipes:

Stan Freberg's first wife, Donna, died in 2000. He fathered two children from that marriage, Donna Jean and Donavan. He married Betty Hunter in 2001, and she adopted the personal and family names Hunter Freberg.

Freberg was cast to sing the part of the Jabberwock in the song "Beware the Jabberwock" for Disney's Alice in Wonderland, with the Rhythmaires and Daws Butler. Written by Don Raye and Gene de Paul, the song was a musical rendering of the poem Jabberwocky from Lewis Carroll's Through the Looking Glass. The song was not included in the final film, but a demo recording was included in the 2004 and 2010 DVD releases of the movie.

Freberg made his on-screen movie debut in the comedy Callaway Went Thataway (1951), a satirical spoof on the marketing of Western stars (apparently inspired by the TV success of Hopalong Cassidy). Freberg costarred with Mala Powers in Geraldine (1953) as sobbing singer Billy Weber, enabling him to reprise his satire on vocalist Johnnie Ray (see below). In 1963's mega-comedy It's a Mad, Mad, Mad, Mad World, Freberg appeared in a non-speaking part as the Deputy Sheriff and also voiced as a dispatcher.

Contrary to popular belief George Lucas called upon Freberg, not Mel Blanc, to audition for the voice of the character C-3PO for the 1977 film, Star Wars. After he and many others auditioned for the part, Freberg suggested that Lucas would use mime actor Anthony Daniels' own voice. 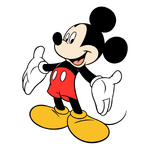 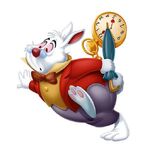 Mr. Busy
(Lady and the Tramp)

Ra
(Hercules)
Add a photo to this gallery

Retrieved from "https://disney.fandom.com/wiki/Stan_Freberg?oldid=4534571"
Community content is available under CC-BY-SA unless otherwise noted.