Star Wars: The Clone Wars is an animated series produced by Lucasfilm and Lucasfilm Animation. The series takes place between Star Wars Episode II: Attack of the Clones and Star Wars Episode III: Revenge of the Sith, and served as a continuation to Cartoon Network Studios' Star Wars: Clone Wars. A preceding feature film was released theatrically on August 15, 2008 by Warner Bros. Pictures to negative reviews and poor box office.

Unlike its feature film predecessor, The Clone Wars has been met with countless positive reviews and has even won an Emmy. The show also garnered the highest views ever for a Cartoon Network television series.

After The Walt Disney Company purchased Lucasfilm in 2012, The Clone Wars ended its five-season run on Cartoon Network in March 2013. Lucasfilm later announced that they would be ending the Clone Wars with a few final episodes, as they are moving on with the sequel trilogy and Star Wars Rebels, which aired on Disney XD.

The Clone Wars aired its sixth and final season of 13 episodes. Netflix has been given exclusive access to all-season six episodes along with the entirety of the series, which became available for streaming on March 7, 2014.[2] The episodes have been distributed and funded by the Disney-ABC Television Group and aired on February 15 in Germany on TFN.[3]

Despite the cancellation of the series at season six, there were unfinished episodes of The Clone Wars that were written and a multimedia project called The Clone Wars Legacy. The stories in these episodes are still considered Canon by Lucasfilm and were released in other media, namely comic books, animation reels, and a novel. In 2014, a Darth Maul four-part story arc was adapted into a comic book series and was titled Star Wars: Darth Maul: Son of Dathomir. A four-episode Crystal Crisis on Utapau arc was released online in the form of animated story reels. StarWars.com announced that another unfinished, four-episode story arc, Bad Batch, would be screened in the story-reel form at Celebration Anaheim, it was later released online on StarWars.com. Later, an eight-part story arc that was scripted but not fully produced that stars Asajj Ventress and Quinlan Vos was adapted into a novel called Dark Disciple was released July 7, 2015.

On June 19, 2018, during the tenth anniversary of the series, Dave Filoni announced at San Diego Comic-Con that Star Wars: The Clone Wars would return with twelve new episodes on Disney's new streaming service and the final season started airing on February 21, 2020.[4]

In September 2014, Disney and Lucasfilm released four unfinished Clone Wars episodes on StarWars.com, encompassing the "Crystal Crisis on Utapau" story arc. Before the show's cancellation, the arc would have been the premiere of the sixth season, but was later replaced by "The Unknown". Later they adopted a story arc into story reel form and screened it at Star Wars Celebration and later showed it on StarWars.com called "The Bad Batch".

1. A Death on Utapau - Obi-Wan and Anakin investigate the mysterious death of a Jedi Master on Utapau and uncover a secret Separatist weapons deal the likes of which they have never seen before.

2. In Search of the Crystal - Obi-Wan and Anakin’s investigation on Utapau continues, and they allow themselves to be captured by weapons dealers who possess a focusing crystal of unspeakable power.

3. Crystal Crisis - Obi-Wan and Anakin must escape from Utapau with a kyber crystal before General Grievous and his droid army track them down.

4. The Big Bang - Obi-Wan and Anakin must do all they can to prevent a powerful weapon from falling into General Grievous’ hands.

5. The Bad Batch - Rex, Cody, and Clone Force 99, an unorthodox, elite squad also known as the Bad Batch, look to recover the Republic’s strategy algorithm from Admiral Trench. But a haunting truth awaits...

7. On the Wings of Keeradaks - With Echo recovered, Rex, Bad Batch, and Anakin Skywalker look to fight their way out of a Separatist base. 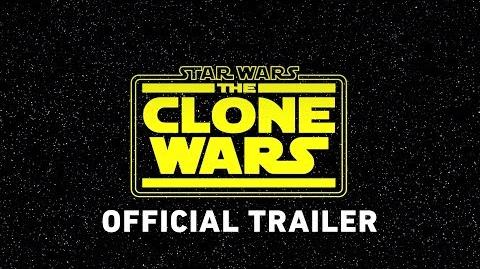