Action, shooter
Star Wars Battlefront II[1][2] is a 2017 action shooter video game based on the Star Wars franchise under development by EA DICE in collaboration with Criterion Games and Motive Studios, and published by Electronic Arts. It is the fourth major installment of the Star Wars: Battlefront series and sixth overall. It is also a sequel to the 2015 reboot of the series.

It was first announced on May 10, 2016, that a sequel to the rebooted Star Wars Battlefront was in development and would feature contents from the new films. The game's development was led by EA DICE in collaboration with Jade Raymond's Motive Studios. During the investor call in on November 1, 2016, EA announced that Star Wars Battlefront II would be released in "a year from now", suggesting a late Q3 release date.

When the game was announced it was received with mostly positive reaction by most fans, largely because of the inclusion of all three cinematic eras of Star Wars, a singleplayer campaign, and improved gameplay from the previous reboot of the series. However, after the open beta, the game has received criticism for the use of loot boxes and crates, with many players worried over the supposed introduction of a "pay to win" system and random progression not tied to player skill.

The game, alongside EA itself, was lambasted for locking Heroes and making players "grind" large amounts, some estimated to be around 40 hours to unlock a single character, which in turn would encourage the purchases of Loot crates to make it easier for the player to unlock them. When EA responded to the criticism on Reddit, their comment received several hundred thousand downvotes, more than any other Reddit comment by magnitudes.

The game was met with mixed to positive reception from critics averaging out around 6.5 to a 7 or 74 on Metacritic, with most critics pointing out the improvement over the first game with content, but criticizing the story and the progression system calling it convoluted and messy. A few critics also pointed out a lot of bugs and glitches, which appeared predominantly in the Xbox One version. On the other hand, reaction from players and fans was almost universally negative, with Metacritic user scores below 1 (out of 10) for all three versions.

The fallout from the micro-transactions scandal was massive enough to attract attention from mainstream news outlets such as CNN and The Wall Street Journal. Disney and Lucasfilm have also publicly sided with gamers and criticized EA over the latter's handling of the game. Along with reportedly having the potential to harm the game's sales prospects, the incident has also hurt EA's public image; EA's shares on Wall Street dropped by 2.5% on launch day.

EA's incorporation of loot boxes into the Battlefront II game has also attracted the attention of several governments. On November 15, the Belgian Gaming Commission announced that it would be investigating whether the inclusion of loot boxes constituted gambling. In response, EA denied allegations that their loot boxes constituted gambling, asserting they were part of a "fun and fair game experience." On November 22, the Belgian Gambling Commission ruled that EA's microtransactions constituted a form of gambling. The Belgian Minister of Justice Koen Geens also regarded the "mixing of gaming and gambling as dangerous" for the mental health of children and called for a ban on gaming loot boxes throughout the European Union.

In response to the Belgian Gambling Commission's investigation, the Dutch Gambling Commission also announced their own investigation into micro-transactions in Battlefront II. EA's practices also drew criticism from United States officials. In a video statement, Hawaiian State Representative Chris Lee described Battlefront II as "a Star Wars-themed online casino designed to lure kids into spending money" and announced his intention to introduce legislation banning such practices in his state. Another Hawaiian State Representative Sean Quinlan likened online gambling in the game to encouraging children to smoke. 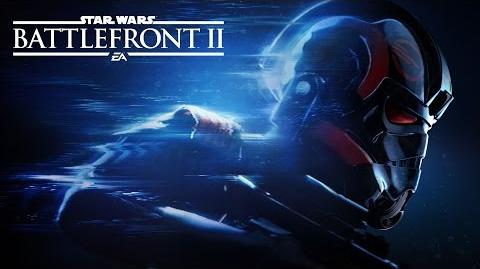 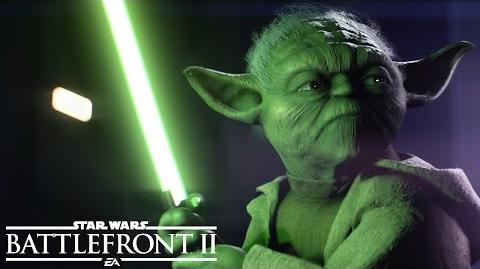 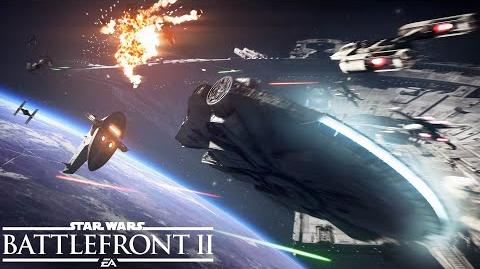 The Disney Wiki has a collection of images and media related to Star Wars Battlefront II.