Stark Industries is a weapons and technology company founded by Howard Stark.

In World War II, Stark Industries built 100,000 planes to help the Allied forces, quickly establishing them as a military contractor. Stark Industries also assisted the Strategic Scientific Reserve fight against HYDRA. After Howard's death, ownership passed to his son, Tony and the company was run by Obadiah Stane until Tony was old enough to take over. Under Tony's leadership, Stark Industries became the world leader in the development of manufacturing advanced weapons. In 2008, Tony Stark, the current CEO shut down the weapons division and effectively stopped manufacturing weapons after learning his company was selling them to terrorists following his kidnapping. Sometime prior to the Battle of New York, Tony Stark promoted Pepper Potts to CEO, after learning he was having heart problems.

It is the top supplier of weapons to the U.S. government. When Stark is abducted following a Jericho missile demonstration in Afghanistan, his top executive officer Obadiah Stane takes over the company. After his return from Afghanistan, Stark stops making weapons and uses the company's resources to perfect his Iron Man suit. The company's stocks drop drastically, though judging from its future expansions (Stark Expo and Stark Tower), it regains its momentum quickly.

Stark Industries supplies such as Sonic Cannons were sent to the U. S. Military and General Ross to use against the Hulk.

Tony Stark promoted his assistant, Pepper Potts to Chief Executive Officer of Stark Industries shortly after re-instituting Stark Expo, a fair showcasing Stark Industries' latest innovations, open to any other company as well. No longer making weapons for the military, the US government has turned to other suppliers such as Justin Hammer. Hammer has Ivan Vanko build a battalion of military drones to present at the Stark Expo. At the presentation, Vanko gains remote control over both the drones and the War Machine armor worn by James Rhodes, directing them to attack Iron Man. With Black Widow and Pepper Potts' help, Rhodes regains control of the War Machine suit, and he and Iron Man team up to defeat the drones and Vanko. Hammer is arrested by the police. After Pepper quits as CEO of Stark Industries and hands it back over to Tony.

During World War II, a young Howard Stark assisted the Strategic Scientific Reserve in their Super Soldier program, and provided key assistance to Captain America and Agent Peggy Carter. He ran the Vita-Ray machine that produced Captain America during its first and only run. He also designed Captain America's battle uniform and Vibranium Shield.

Stark Industries held an exhibit at the New York World's Fair, which would later inspire Howard Stark to design the 1974 Stark Expo. At the World's Fair, Stark Industries displayed a prototype hovercar, though it broke and fell back to the ground after only a few seconds of flight. Though Stark laughed it off and claimed that in a few years the full-working model would be complete, the project evidently never caught on.

During the film, Tony relocates to head office of Stark Industries, "Stark Tower" located in Manhattan New York City. Stark claims that his company is "the only name in clean energy right now."

Pepper is now the CEO of Stark Industries with Happy Hogan as the head of Security. Happy has taken his position with extreme thoroughness much to the dismay of the rest of the employees. He demands everyone show their badges. When Pepper goes to confront him she is sidetracked by the unexpected appearance of Aldrich Killian with a proposal for Extremis. Pepper rejects the proposal due to the potential weaponized capabilities of Extremis.

After the fall of S.H.I.E.L.D., Maria Hill went to a job interview at Stark Industries, and was hired.

After the fall of S.H.I.E.L.D., Tony Stark becomes the one to fund the Avengers, and sets up their base in Stark Tower. It seems that Bruce Banner is working with Tony as his lab assistant. Stark also creates Iron Legion-like machines to guard any civilians close to them in any Avengers battle, and funds a trust to help those affected by any possible collateral. After the Battle of Sokovia, Tony has one of the Stark Warehouses become the New Avengers Facility.

Sometime after the Battle of Sokovia, Tony, at MIT, announces that the company will help fund the research projects of students via grants.

One of the "fake commercials" is for a Stark Industries toaster.

Stark Industries comes under investigation due to the events of Far From Home. 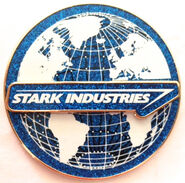