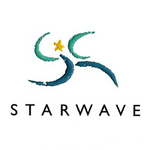 Starwave was a Seattle, Washington based software and website company, founded in 1993 by Paul Allen, co-founder of Microsoft. The company produced many original CD-ROM titles, including disks for Clint Eastwood, Sting, and Peter Gabriel. They were the original developers of Castle Infinity, a multiplayer game released in 1996 that is still in production as of 2011 by a group of volunteers, but Starwave's most lasting mark was in the area of Web content sites. They developed ESPN.com, ABCNEWS.com, Outside Online, and Mr. Showbiz.com among other groundbreaking sites, setting the standard for much of the commercial Internet explosion of the late 1990s. Starwave also developed the first site and publishing system for Jim Cramer's TheStreet.com.

The company merged with Infoseek and was later sold to The Walt Disney Company in 1998. The new entity, Walt Disney Internet Group (WDIG) developed the Go.com portal.

In 2004, Disney re-activated the Starwave identity as Starwave Mobile, which publishes casual games for mobile phones.

Retrieved from "https://disney.fandom.com/wiki/Starwave?oldid=4009582"
Community content is available under CC-BY-SA unless otherwise noted.