Steel Toe
Steel Toe is one of the two Pro-wrestlers, which appear in the animated television show Kim Possible. He appeared in the episode "Pain King vs. Cleopatra" He is tall, strong and well-built on the top half of his body.

Steel Toe visited the Middleton Mall, with the Global Wrestling Association. They were holding a wrestling event there and were in the middle of the match when the wrestling promoter, Jackie Oakes, bitter at not being able to be taken seriously as a wrestler because of his short stature, used a magic talisman to turn himself into a monster,

Team Possible were able to defeat the monster, and with Pain King, he beat up Jackie. 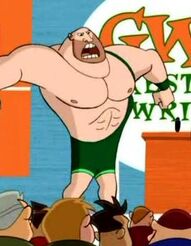 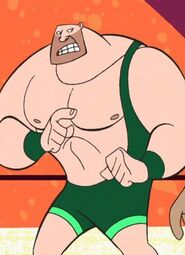 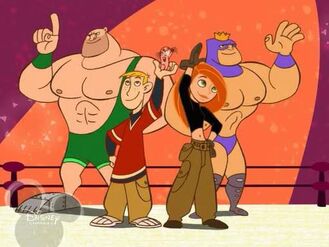