Helping Darkwing and his friends

Size
Strength
Stegmutt is a Stegosaurus in Darkwing Duck, who was originally a duck before he was turned into a dinosaur. Stegmutt first appeared in the two "Just Us Justice Ducks" episodes AKA Justice Ducks Unite (44 and 45 in production order), but due to the episodes airing out of order, his introduction episode, "Jurassic Jumble" (28th in production order), aired a week later. He also appears in "Darkwing Doubloon", his only other episode.

Stegmutt is rather dim-witted, but has a good heart. He likes helping Darkwing Duck and his friends. He also has a strong dislike for fire, and when he finds the source, he puts it out by slamming it onto the ground. He became a member of the Justice Ducks and helped Darkwing defeat the Fearsome Five. He's good-natured, simple, and honest to a fault.

It's unclear if Stegmutt's simple-minded nature is his own, or is the result of his transformation at the hands of Dr. Fossil. After all, Stegosaurus are famous for having "a brain the size of a walnut". His low-range job as a janitor doesn't help to clarify matters.

Stegmutt once was the assistant of a mad scientist named Dr. Fossil. In one of his experiments, Dr. Fossil transformed Stegmutt into a dinosaur using the Retro-Evolution Gun. Eventually, Gosalyn and Honker convince Stegmutt that Dr. Fossil is evil, and he turns against him.

Before Stegmutt was a dinosaur, he used to be a duck. He also used to work as a janitor at the Natural History Museum, where he continues to live in hiding as one of the displays. Due to Stegmutt's friendly nature, he becomes part of the "Justice Ducks". He is also a hot dog vendor in his spare time, a pathologically honest one who chases Darkwing Duck throughout both halves of "Just Us Justice Ducks" to return his spare change. 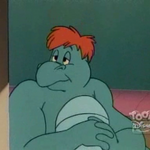 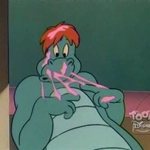 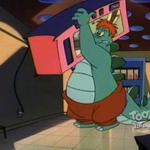 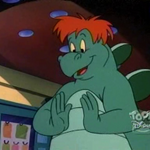 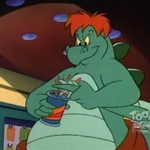 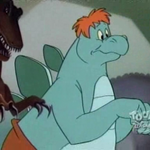 "Putting out the Darkwing" 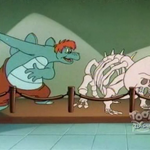 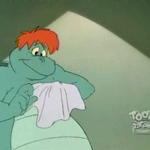 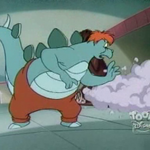 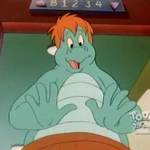 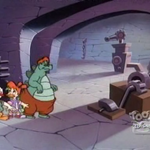 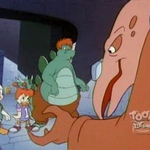 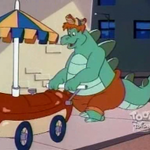