Disney Wiki
Register
Don't have an account?
Sign In
Advertisement
in: People, Meet the Robinsons, Tarzan,
and 26 more 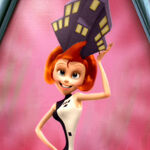 Stephen Anderson at the premiere of Meet the Robinsons in March 2007.

Stephen Anderson and Don Hall at the premiere of Winnie the Pooh in July 2011.