2
Steven John "Steve" Valentine is a Scottish actor, voice actor, musician, and magician. He is known for his role as Derek Jupiter on Disney XD's I'm in the Band in addition to film roles from Disney Channel, such as Don't Look Under the Bed, Wizards of Waverly Place: The Movie, Avalon High, and Teen Beach Movie. He also guest starred in an episode of Dog With a Blog in 2015. Additionally, he voices Beardini in the Jake and the Never Land Pirates episode "The Remarkable Beardini!". He also voiced Professor Pecullian in the Sofia the First episode "One for the Books" and Commander Heist on Mickey Mouse Mixed-Up Adventures. 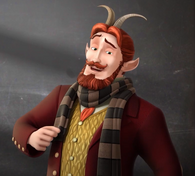 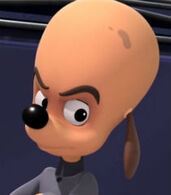