The collection was inspired by the original four "Inter-Stitch-al" teaser trailers for Lilo & Stitch that first introduced the character to the public back in 2001 (before the film's 2002 release), in which Stitch "crashed" into iconic scenes of various Disney Renaissance films. Additionally, although not mentioned, the collection also appears to be inspired by a bonus feature on the original Lilo & Stitch DVD, "A Stitch in Time: Follow Stitch Through the Disney Years", which tells a story about Stitch trying break into Disney movies for years, including films that are not represented in the collection.

The series in the collection were:

Each series consisted of a Stitch plush, a jumbo-sized Stitch pin, a MagicBand, a T-shirt, and a mug. All but the T-shirts and mugs were available in limited quantities; Zazzle produces the non-limited shirts and mugs. In addition to the monthly releases, Disney released a special pin holder binder for the series early on that included its own exclusive pin, which depicted Stitch on top of the collection's logo.

There have been a number of changes in the collection's release process since it began, which eventually shifted the collection's end from an expected December 2021 into early the following year.

Initially, the plush, pin, and MagicBand would be first released on shopDisney via the MerchPass reservation system, followed by a later release at Disney Stores and shops at Disneyland Resort and Walt Disney World a few days later. Tees and mugs would be released the Thursday following the MerchPass.

However, the MerchPass system was quickly dropped beginning with the Lady and the Tramp series released in February, with the online release of that series's plush, pin, MagicBand, T-shirt, and mug on Friday, February 26, and a physical store release the following day. The Lion King series had its pin made available for pre-order online on the date of its release instead of immediate purchase as with the first two series. The Little Mermaid series was delayed until April 26 for Disney Parks, and May 14 on shopDisney. Additionally, Disney stopped releasing new series at American Disney Stores beginning with that series, since Disney winded down their Disney Store operations in the country (although the merchandise are still released at Disney Parks stores, including World of Disney at Disney Springs), and significantly delayed the shopDisney releases after the Disney Parks releases, such as the Pinocchio series releasing in Disney Parks on May 24, 2021, with its shopDisney release on June 11, 2021.

The Snow White series was particularly delayed as it wasn't released either at Disney Parks or shopDisney until September 2021. The Jungle Book series released in October ended up being the final series released online in 2021, as Disney later announced in December 2021 via the collection's webpage on shopDisney (after skipping a November release) that the final three series would be released in early 2022 instead. However, according to various Disney fans and fan sites such as WDW News Today, the Pocahontas and Peter Pan series ended up being released in December 2021 at Walt Disney World stores such as Pin Traders at Disney Springs.[1] Then, in January 2022, the final series, focused on Mulan, was released in Walt Disney World stores.[2] Notably, the price of the final MagicBand was increased compared to all other MagicBands in the collection.[2] On February 18, 2022, shopDisney announced that Stitch Crashes Disney would resume on the site with the Pocahontas series on the 25th that month.[3] The MagicBand in this series was not given an online release. On March 10, 2022, shopDisney announced that the Peter Pan series would be released on March 16, the only time that a series release happened on a Wednesday instead of a Friday.[4] On April 22, shopDisney announced that the final series, based on Mulan, would be released on April 29.[5]

Series 4 of 12: The Little Mermaid

Series 8 of 12: Snow White and the Seven Dwarfs 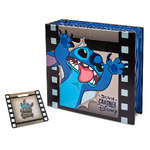 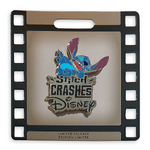 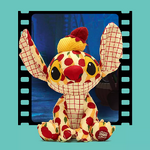