“I'm an actress, and that's why I'm still here. Anybody who has the illusion that you can have a career as long as I have and be a star is kidding themselves.”
―Suzanne Pleshette

Suzanne Pleshette was an American actress and voice actress known for her distinctive husky voice. She was well known for playing Annie Hayworth in Alfred Hitchcock's The Birds and as Emily Hartley on The Bob Newhart Show.

For Disney, she starred in The Ugly Dachshund as Fran Garrison, The Adventures of Bullwhip Griffin as Arabella Flagg, Blackbeard's Ghost as Professor Jo Anne Baker, and The Shaggy D.A. as Betty Daniels. She and Dean Jones were frequently paired in Disney's gimmick comedies. She also provided both the speaking and singing voices for Zira in The Lion King II: Simba's Pride and Yubaba and Zeniba in the 2001 Disney/Studio Ghibli film, Spirited Away. She either quit or retired from acting in 2004, and had lung cancer, resulting in respiratory failure, which she died of in 2008, only 12 days before her 71st birthday. 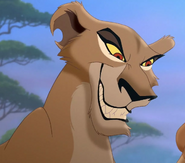 Zeniba
(Spirited Away)
Add a photo to this gallery 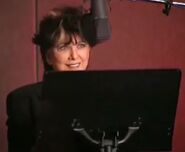 Suzanne Pleshette behind the scenes of Spirited Away.
Add a photo to this gallery

Retrieved from "https://disney.fandom.com/wiki/Suzanne_Pleshette?oldid=3924291"
Community content is available under CC-BY-SA unless otherwise noted.