Disney Wiki
Register
Don't have an account?
Sign In
Advertisement
in: Films, Cancelled projects, Unused concepts, Home on the Range

Sweating Bullets was an early version of Disney’s 2004 animated feature film, Home on the Range.

A little bull named Bullets, that wants to be more like the horses that lead the herd.

In June 1995, after Pocahontas was released, director Mike Gabriel came up with an "idea that might combine Captains Courageous with a [w]estern." Gabriel developed his concept into a forty-page film treatment, which was well-received by then-Feature Animation president Peter Schneider. Soon after, the project, then titled Sweating Bullets, went into development. "The story originated as a supernatural western about a timid cowboy who visits a ghost town and confronts an undead cattle hustler named Slim. It was later reconceived into a story about a little bull named Bullets, that wanted to be more like the horses that led the herd.[1] In April 1999, in an attempt to salvage the production and retain the existing characters and background art, story artist Michael LaBash suggested a different approach to the story with one that involved three cow protagonists who become bounty hunters to save the farm. Building on the idea, fellow story artists Sam Levine, Mark Kennedy, Robert Lence, and Shirley Pierce developed a new storyline.[2] In September 2000, Mike Gabriel and co-director Mike Giaimo were removed from the project because of the persistent story problems. In October 2000, returning to Disney Feature Animation after The Road to El Dorado at DreamWorks Animation, Will Finn, who was originally slated to be the supervising animator on Maggie, and John Sanford were brought onboard to direct.[3] 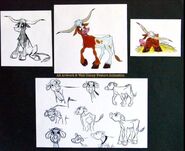 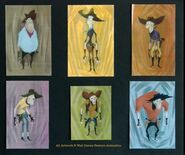 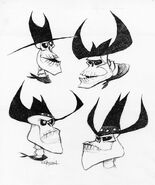 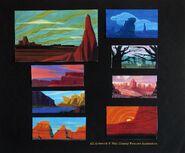 All the art that had been planned for the film 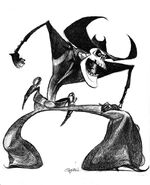 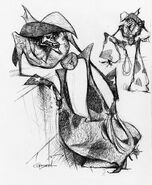 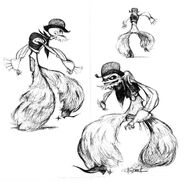 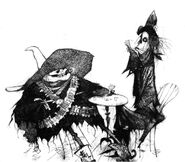 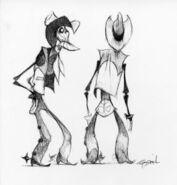