Sydney to the Max

Sydney to the Max

"Stay the Same" by Ruth Righi and Dan Conklin

The multi-camera situation comedy series was green-lit by Disney Channel on September 6, 2018, and premiered in early 2019. The series was created by Mark Reisman, who also serves as showrunner, executive producer, and writer. Starring in the series are Ruth Righi as Sydney Reynolds, Ian Reed Kesler as Max, Christian J. Simon as Leo, Ava Kolker as Olive, Caroline Rhea as Judy, and newcomer Jackson Dollinger as Young Max. The series was produced by It's a Laugh Productions.[2] On November 19, 2018, the series premiered on January 25, 2019. The theme song is produced and written by Kay Hanley, Michelle Lewis, and Dan Petty and performed by Ruth Righi and Dan Conklin.[3][4] On April 1, 2022, it was reported that the series ended after its third season.[5] 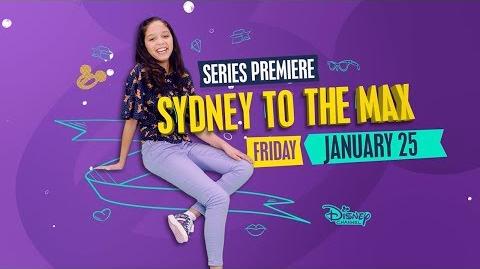