TIE Pilots
The TIE/sk x1 experimental air superiority fighter (simply known as the TIE Striker) are a series of Imperial combat fighters that appear in the Star Wars anthology movie, Rogue One. Used by the Galactic Empire, The TIE Striker is twice as fast as the standard TIE Fighters. Equipped with advanced high-speed wings and extra an pair of laser barrels.

The TIE striker features flat, pointed wings which are specially designed for in-atmosphere combat. The starfighter is also useful for shifting supplies and personnel from orbit to the planet surface, thanks to a larger central pod. Though designed for atmosphere, it could also function in space and accompany traditional TIE Fighters. Equipped with advanced high-speed wings, it is faster than the standard TIE and has an extra pair of laser barrels. The attached proton bomb launcher is effective against vehicle units, dealing heavy damage over a large area. The TIE striker is able to gain speed by curling down its flat wings, engaging from flight mode to attack mode. 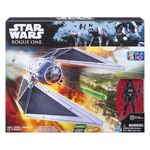 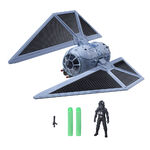 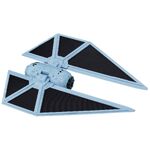 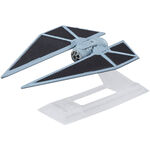 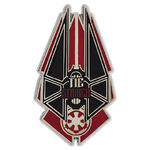