1990-present
Tahj Dayton Mowry is an American actor, voice actor, dancer, and singer. He is is best known for his role as Teddy in the ABC sitcom Full House and as T.J. Henderson in The WB sitcom Smart Guy from 1997 to 1999. He is also the younger brother of Tia and Tamera Mowry from Sister Sister.

For Disney, he voiced Wade in the Disney Channel series, Kim Possible and King Mamood in Aladdin. He also starred in Freeform's sitcom Baby Daddy as Tucker Dobbs. Originally, he was cast as Nefu in Timon & Pumbaa before he was replaced by Dana Hill. However, he is still credited in "Rafiki's Apprentice". 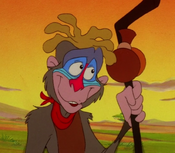 A young Tahj Mowry in Let's Go to the Circus 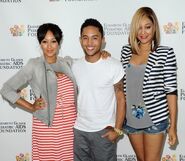 Tahj Mowry with his older sisters, Tamera and Tia attending the 24th Annual 'A Time for Heroes' Celebrity Carnival in June 2013.