LEGO Pirates of the Caribbean: The Video Game (non-canonical appearance)

A mermaid of Whitecap Bay

Having her prey getting away

Tamara is a minor antagonist from Disney's Pirates of the Caribbean: On Stranger Tides. Tamara also appeared in an extended World of Color sequence to promote the film.

Tamara takes part in the battle between mermaids and Blackbeard's crew at Whitecap Bay. When Scrum sings "My Jolly Sailor Bold", Tamara first appears before him and seduces him. Entrancing the pirates, she sings Scrum's song as the other mermaids surround the longboat full of Blackbeard's crewmen. Scrum is almost powerless to resist a kiss from the beautiful mermaid, but before succumbing, the mermaid reveals her true form. She tries to attack but is hit with an oar. The mermaids then afterward attack the crew. Fortunately, the crew survives when Jack Sparrow causes an explosion in the tower at Whitecap Bay, causing Tamara and the rest of the mermaids to retreats from the explosion with the exception of Syrena.

In an extended sequence to promote Pirates of the Caribbean: On Stranger Tides, Tamara can be heard singing "My Jolly Sailor Bold", while mermaids continue swimming, shortly before the mermaid attack scene follows.

Tamara with the other mermaids.
Add a photo to this gallery

Tamara appears before the sailors

"are you my jolly sailor bold"

Tamara luring Scrum into a kiss

Tamara's mermaid form.
Add a photo to this gallery 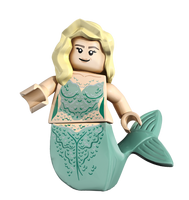 LEGO Tamara
Add a photo to this gallery

Retrieved from "https://disney.fandom.com/wiki/Tamara_(Pirates_of_the_Caribbean)?oldid=4482074"
Community content is available under CC-BY-SA unless otherwise noted.