The Thread of Fate

Tara Crossley is the protagonist of the Disney Channel series, The Evermoor Chronicles. She is a 14-year-old American teenager who moves with her family to Evermoor, an old English village with creepy residents. Tara is intrigued by the strange behavior and mysterious disappearance of her presumed dead great aunt Bridget.

Tara seems the closest to her mother, Fiona. Her mother is a best-selling novelist, who Tara is inspired by and the reason she loves writing so much.

Seb can help Tara out in her adventures with his intelligence and knowledge of science, though it could sometimes get him into trouble as well.

Bella's personality often clashes with Tara as she is rebellious and also jealous of Tara getting most of the attention.

In the pilot series, Tara fancies Cameron and he even fancies her for a few hours after Tara uses the typewriter which contained the golden thread.

Tara is inquisitive, plucky, and brave, but also impulsive and prone to trust her instincts. She is a keen writer with a vivid imagination which often leads to a new adventure! 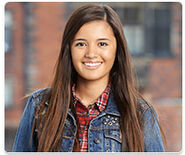 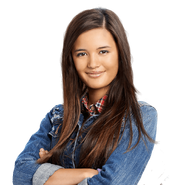 Retrieved from "https://disney.fandom.com/wiki/Tara_Crossley?oldid=4384347"
Community content is available under CC-BY-SA unless otherwise noted.