Tara Lyn Strong (née Charendoff) is a Canadian-American actress, voice actress, and singer, who has voiced numerous animated characters, including Dil Pickles in Rugrats, Twilight Sparkle in My Little Pony: Friendship Is Magic, Bubbles in the Cartoon Network series The Powerpuff Girls, Daizy in Wow! Wow! Wubbzy!, Roger Radcliffe/Lila in The Life and Times of Juniper Lee, Ben Tennyson in Ben 10, Timmy Turner in the Nickelodeon series The Fairly OddParents, Omi in the Kids' WB series Xiaolin Showdown, Raven in Teen Titans and its spin off Teen Titans Go!, Ashi in Season 5 of Samurai Jack, and the titular character in Unikitty!.

She has worked on several Disney productions as a voice-over artist, but her most prominent character was voicing Melody in The Little Mermaid II: Return to the Sea. She is the voice of Spot Chicken and Two-Tone in 101 Dalmatians: The Series, Joss Possible in Kim Possible, Angel and an adult Lilo Pelekai in Lilo & Stitch: The Series, Mom Howler in the Brandy & Mr. Whiskers episode, "The Howler Bunny", Maria in The Adventures in Nutrition with Captain Carlos, and Miss Minutes in the Marvel Cinematic Universe TV show, Loki. 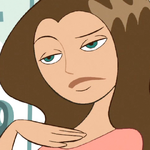 Bella Pesky
(The Buzz on Maggie)

Carmela Pesky
(The Buzz on Maggie)

Dawn Swatworthy
(The Buzz on Maggie) 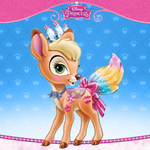 Hazel
(The Legend of Tarzan) 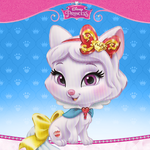 Joshua
(The Ghost and Molly McGee)

Lucy the A'askvarian
(Guardians of the Galaxy)

Lula
(Can of Worms)

Maria Monarch
(The Buzz on Maggie)

Melody
(The Little Mermaid II: Return to the Sea) 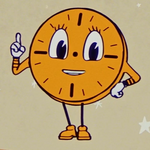 Puff
(The Proud Family franchise and Lilo & Stitch: The Series)