Tarzan (also known as Tarzan Action Game) is an action, platformer developed by Eurocom and published by Sony Computer Entertainment for the PlayStation console in 1999. Konami published the PlayStation game for its Japanese release. It was also released on the PC, Nintendo 64, and Game Boy Color.

The player takes control of the eponymous Tarzan who ultimately has to save his home, the jungle, from Clayton, a hunter for gorillas. Tarzan starts up as a child learning the skills of the apes. The game has 3 difficulties: easy, medium and hard. In the easy and medium difficulties, little Tarzan gets tips from his friend Turk. Tarzan's enemies are monkeys, baboons, eagles, and different animals, including some humans and Clayton. 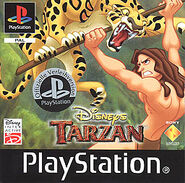 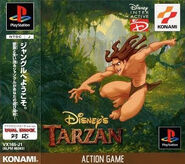 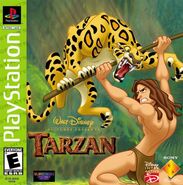 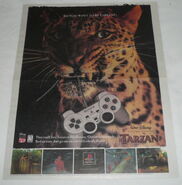 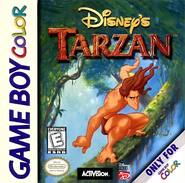 A screenshot of the PC version of Disney's Tarzan