He also appears in the video games DuckTales and DuckTales Remastered as the boss of the African Mines level. In these appearances, he was given a long white beard. 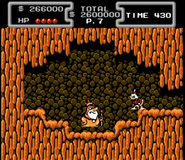 Scrooge battling the Terra-Firmie King in the original DuckTales 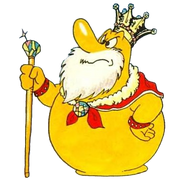 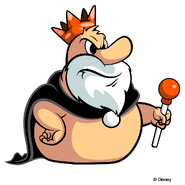 The Terra-Firmie King as he appears in DuckTales Remastered