Abstract character in the guise of an elderly woman

To meet her quota

Souls cheating death unjustly, the soul count going off, not getting recognized for a job well done

Resumes her duties, only this time, with a Jerry interfering with the count to make it normal

Terry is the main antagonist of Disney/Pixar's 2020 animated feature film, Soul. She[1][2] is an accountant whose job is to count souls who go to The Great Beyond.

Terry is a peculiar extension of the team of The Great Before, charged with the singular duty of keeping track of the entrants to The Great Beyond. Each Jerry does their best to tolerate Terry, whose obsession with The Count can be burdensome—especially when it’s off. So, when Joe Gardner takes a detour to The Great Before, Terry is determined to make things right.

She eventually manages to find Joe and 22, and is awarded (by request) a trophy for her duties. However, the sudden calamitous arrival of the lost soul of 22 (with Joe in close pursuit) prompts Jerry to revoke the trophy. Later in the film, Terry is seen easily distracted by a Jerry, who quickly resets the accounting in order to avoid a repeat of the same affair.

After the end credits, she appears and tells the audience to go home, breaking the fourth wall. 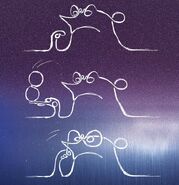 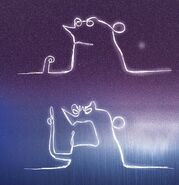 Terry in the heart monitor

Terry about to capture Joe but accidentally grabs Paul.

Terry successfully bringing back Joe and 22.

Terry about to receive her trophy from Jerry, that she requested. 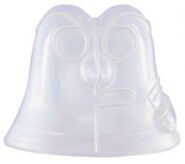 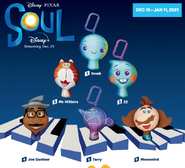 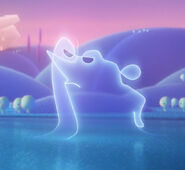 Retrieved from "https://disney.fandom.com/wiki/Terry?oldid=4384049"
Community content is available under CC-BY-SA unless otherwise noted.