The Magical World of Disney
"The Absent-Minded Professor: Trading Places"

Henry Crawford is tricked into job swapping by an old friend with an evil plan. Harry Anderson makes his second appearance as the nutty professor Henry Crawford in Disney's The Absent-Minded Professor: Trading Places. While working on yet another formula, Anderson is talked into temporarily trading jobs with his ex-roomate Ed Begley Jr., a research computer specialist. As usual, the professor gets in over his head, and before long he's chased around by all sorts of mysterious characters. The gimmick this time is a "mystery invention" disguised as a tennis ball. 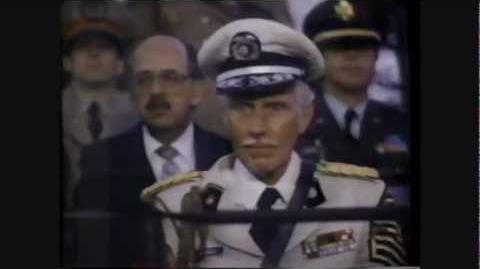 February 26, 1989 commercials
Add a photo to this gallery

Retrieved from "https://disney.fandom.com/wiki/The_Absent-Minded_Professor:_Trading_Places?oldid=3843792"
Community content is available under CC-BY-SA unless otherwise noted.