The Art of Frozen

The Art of Frozen

The Art of Frozen II
The Art of Frozen is a book which features concept art created for the film, including character studies and sculpts, color scripts, storyboards, and more - alongside interviews with production artists about the making and production of the movie.

In Walt Disney Animation Studios's film, Frozen, the fearless optimist Anna sets off on an epic journey-teaming up with rugged mountain man Kristoff to find her sister Elsa, whose icy powers have trapped the kingdom of Arendelle in an eternal winter. Encountering Everest-like conditions, Anna and Kristoff battle the elements in a race to save the kingdom from the wintry spell that Elsa has inadvertently cast. The Art of Frozen features concept art from the making of the film-including character studies and sculpts, color scripts, storyboards, and more-alongside interviews with the film's artists about the making of this comedy-adventure. 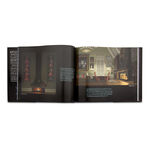 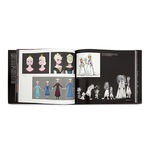