The Beatles were an English rock band formed in Liverpool in 1960. Their best-known lineup, consisting of John Lennon, Paul McCartney, George Harrison, and Ringo Starr, became the greatest and most influential act of the rock era, introducing more innovations into popular music than any other rock band of the 20th century.

Although they never acted in Disney movies, the appearances, numbers, hairstyles, looks, accents, speech, and occupations of Buzzie, Flaps, Ziggy, and Dizzy from The Jungle Book, and a group of singing bug characters called "The Bugs" from the Timon & Pumbaa episode "Rocky Mountain Lie" were based on them.

In 2009, Disney and Apple Corps announced a CGI motion capture remake of the Beatles' 1968 animated film, Yellow Submarine, to be directed by Robert Zemeckis through his studio, ImageMovers Digital. The film, set to feature the voice talents of Dean Lennox Kelly as Lennon, Peter Serafinowicz as McCartney, Cary Elwes as Harrison, and Adam Campbell as Starr, was canceled in 2011, following the closure of ImageMovers Digital and the box office failures of ImageMovers' A Christmas Carol and Mars Needs Moms. Motion capture performance of the Beatles was to be performed by California-based tribute band The Fab Four, which regularly performed at Disneyland's Tomorrowland Terrace in the early 2000s.

Some of the former Beatles were originally slated as guests for different episodes of The Muppet Show, but due to budget and schedule conflicts, these episodes were never produced. McCartney's band, Wings, was considered for an episode. Jerry Nelson said in a 1999 interview, "They tried their best to get the Beatles, Paul was willing to do it, but we had to hire the whole band… When he was with Wings. It was too big time. We just didn't have the money. I think George would have done it, but they kept trying to negotiate with Paul... Ringo probably would have too. If they had asked me, I would have said, 'Hey! Get them! Don't dicker... Get the ones who are ready to commit.'"

Ringo Starr appeared in a February 2008 Disney Xtreme Digital video with Kermit the Frog and Pepe the King Prawn during the Muppets' coverage of the Grammy Awards ceremony.

McCartney has a role as Uncle Jack in the 2017 film Pirates of the Caribbean: Dead Men Tell No Tales.[1]

Disney purchased the distribution rights to the docuseries The Beatles: Get Back which aired on Disney+ November 25-27, 2021.

In the House of Mouse episode "Ladies' Night", their names were mentioned by Minnie, Daisy, and Clarabelle during the "Mortimer Mouse" song when insulting Mortimer.

The Schoolhouse Rock! song: "A Noun Is A Person, Place Or Thing" references the band.

The band's song "Here Comes the Sun" is played in the 1998 remake The Parent Trap, although it is a cover version by Bob Khaleel. However, in the same scene where the song is played, the famous cover of the album Abbey Road was recreated by Hallie Parker and Elizabeth James crossing the same zebra crossing shown on the cover.

Rocket Raccoon is inspired by the Beatles song and character "Rocky Raccoon".

In the version of Captain America: The Winter Soldier made for audiences in the United Kingdom, the Beatles are on Captain America's list of things he wants to catch up to.

An episode of Adventures in Wonderland is named I Am the Walrus, after the Beatles song.

A cover version of "Drive My Car", sung by Jorge Blanco, was played in Cars 3.[2]

In the intro for 101 Dalmatian Street, feet resembling the Beatles are seen crossing the street, recreating the cover for Abbey Road.

Zoot: Say, do you wanna come to my place and listen to the beetles?
Janice: Oh, I love their music!
Zoot: Not music, I mean real beetles!

Waldorf: Wait a second! I just talked to Ringo.
Statler: Oh, great! What did he say?
Waldorf: No. 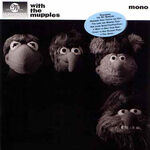 "With the Mupples" - Calendar parody of With the Beatles album cover 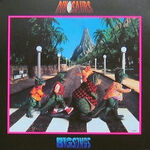 The Beatles' cameo in Your Friend the Rat

The Beatles in Schoolhouse Rock!: "A Noun is a Person, Place or Thing"

Reference to the Beatles in the intro of 101 Dalmatian Street