The film begins with a tribute to Walt Disney and his love of animals, as evidenced by characters from his early cartoons and his foray into feature-length fairy takes, and how his curiosity for animals in their natural habitats led him from fantasy to fact. Afterward, we delve into scenes from Disney's True-Life Adventures, including The Living Desert, The African Lion and White Wilderness. 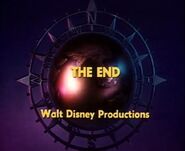 Add a photo to this gallery
Retrieved from "https://disney.fandom.com/wiki/The_Best_of_Walt_Disney%27s_True-Life_Adventures?oldid=4171622"
Community content is available under CC-BY-SA unless otherwise noted.