When Doc gets homesick during her first sleepover at a friend's house, the toys try to cheer her up with a song and a picture of her surrounded by her toy friends.

It's Doc's first sleepover at Emmie and Alma's house until as later on Doc feels homesick about leaving her family and toy friends behind as Lambie, Stuffy and Pickles try everything to make Doc feel happy about having a sleepover. 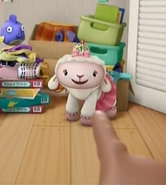 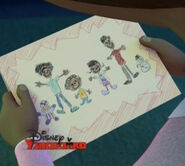 Add a photo to this gallery
Retrieved from "https://disney.fandom.com/wiki/The_Big_Sleepover_(Doc_McStuffins)?oldid=2461959"
Community content is available under CC-BY-SA unless otherwise noted.