For the character from Quack Pack, see The Claw.

“The Claw is our master."
"The Claw chooses who will go and who will stay.”
―Two of the Aliens in the Space Crane game

To grab anything on which it lands

The Claw, referred to by the Aliens, is part of a rocket ship crane game (called "Space Crane" for short) inside Pizza Planet that appears in Disney/Pixar's 1995 animated film, Toy Story.

In Toy Story, Buzz catches sight of the Claw, thinking it's a spaceship that will take him to his "destination," and enters the rocket-shaped game, as he is still unaware that he is a toy. Inside, he meets some Aliens who worship the Claw because they believe if one of them is chosen, they will "go on to a better place," an idea that is very much the product of being trapped inside the crane game their whole lives. One of the Aliens gets fished out by the Claw as Woody eventually catches up with Buzz. Unfortunately, Andy's violent next-door neighbor, Sid (who loves to torture toys), is seen taking control of the Claw and fishes Buzz and Woody out, where Woody attempts to save Buzz, but angers Sid because he thinks the Claw is not acting properly at this moment and the aliens want Buzz to be won, despite Woody's protests in attempting to save Buzz. As a result, the two are later taken to Sid's house after the game.

In Toy Story 3, the Aliens again show their obsession with the Claw when a construction vehicle toy with a claw on it drives by them at Sunnyside Daycare. Later, after the toys are dumped at the Tri-County Landfill, the Aliens spot a large crane in the distance, which they dub "The Claw," and run toward it. Then, when the toys are about to be destroyed by an incinerator, the Aliens rescue them from their fiery grave, using the same crane. 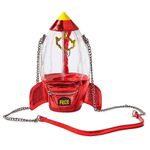 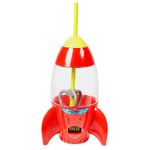 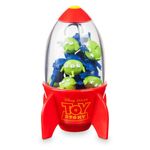