The Diggers are referred to as Diggers Dave and Sam who are seen always digging during Recess at Third Street School. Despite popular belief, they are not identical twins (as pointed out in the episode: "Diggers Split Up" where Sam has a flashback at when they first met), though they are changed to be such in a few foreign dubs.

It is revealed in "Big Brother Chad" that Vince's big brother Chad was the one who got the diggers first interested in digging by giving them their first shovel.

Dave often considers his way the only way to do things, and when he and Sam got into a fight, he kept lecturing the others on how to do things they already do well, even so far as to try and teach Upside-Down Girl how to hang upside down. He becomes less bossy when he and Sam get back together.

Sam can really overdo it and become desultory without Dave telling him where to dig, and when he and Dave separated, he made craters on the whole playground. When steered in the right direction, however, he can be very efficient.

Both are never seen without their eyeglasses (however in the flashback of when they first met each other in Kindergarten they were shown without their glasses for the first and only ever time), and they both wear identical outfits: baggy over-all's, yellow shirts, miner's helmets, and thick boots. To distinguish themselves, Dave wears an unsecured safety mask around his neck, and Sam wears a red neckerchief. 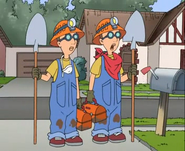 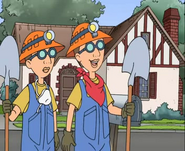 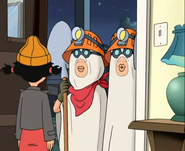 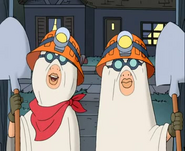 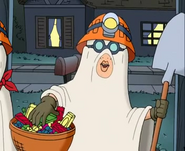 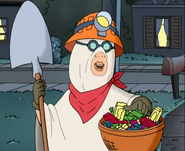