$52.1 million
The Finest Hours is a 2016 American disaster drama-thriller film directed by Craig Gillespie and produced by Walt Disney Pictures. The screenplay, written by Eric Johnson, Scott Silver, and Paul Tamasy, is based on The Finest Hours: The True Story of the U.S. Coast Guard's Most Daring Sea Rescue by Michael J. Tougias and Casey Sherman.[1] The film stars Chris Pine, Casey Affleck, Ben Foster, Holliday Grainger, John Ortiz, and Eric Bana, and chronicles the true account of the 1952 United States Coast Guard rescue of the SS Pendleton, after it split apart during a nor'easter off the New England coast.[2][3][4]

The Finest Hours was released in the Disney Digital 3-D, RealD 3D, and IMAX 3D formats on January 29, 2016 and received mixed reviews from critics.[5]

Bernard "Bernie" Webber, (Chris Pine) a crewman at the Coast Guard station in Chatham, Massachusetts on Cape Cod, has fallen in love with a local girl, Miriam Pentinen. The two plan to marry on April 16, but in accordance with Coast Guard regulations, Bernie must seek permission from the station's commander, Daniel Cluff. On the day he is due to ask permission, the oil tanker SS Pendleton shears in half off the Chatham coast after getting caught in a nor'easter. With the majority of the station's crew already underway with the rescue of the similarly-afflicted SS Fort Mercer, Bernie is dispatched to pilot his lifeboat to rescue the Pendleton; Bernie selects Andrew Fitzgerald, Ervin Maske, and Richard P. Livesey as his crew.

Meanwhile, the Pendelton's engineer, the senior officer Ray Sybert on the stern of the ship, which contains most of the crew, organizes the surviving seamen to steer the sinking stern of the tanker onto a submerged reef, where it can lodge until rescuers arrive. Just as part of the crew use a metal girder to steer the ship due to it losing its hydraulics which causes the rudder to turn aimlessly side to side, some of the crew attempt to abandon ship using the last lifeboat but Ray cuts the rope causing the boat to fall into the ocean. He claims that the boat will not survive the onslaught of waves, which is seen as the boat is immediately destroyed by a wave which crushes the boat against the Pendleton, He tells the crew that the Pendleton is their best hope at survival and they must use the boat to hit the reef.

When Miriam hears that Bernie is leading the rescue effort, she, like a number of other townspeople, thinks this is a suicide mission. Few people in Chatham trust Cluff, since he isn't from the area and doesn't know its treacherous weather. Miriam even goes as far as to drive to the station and urge Cluff to call Bernie back. Cluff refuses, and brusquely orders Miriam out.

Back at the Pendleton, part of the crew are set up to relay directions to the engine room while the rest attempt to slow the water flow using water pumps, but the water comes so fast the pumps begin to get overwhelmed. The overlook crew find a reef a mile away from them. They turn the ship towards the reef, but later realize the tide is rising which could throw the ship over the reef and miss it. Suddenly a rogue wave hits the ship breaking the ropes holding the rudder loose and knocking the ship off course to the reef.

Between the Chatham harbor and the open sea lies a bar, a series of shoals that are very dangerous even in good weather. Bernie must time bursts of his engine to ride each approaching wave before it breaks as he pilots the 36500 across the bar. He manages to make it over the bar, though in the process he loses his compass.

Back at the Pendleton, the ship has turned to late and is about to miss the reef. The relay tells Sebert to turn the ship 30 degrees in 2 minutes. Ray then throws the Pendleton into full reverse which will allow the waves to push the ship closer to the reef. Another wave hits the ship, pushing back in the direction of the shoal. Ray then puts the engine to full forward throttle while the wave pushes the ship. The crew brace themselves before the ship hits. The Pendleton then strikes the reef and gets lodging into it. The ship engine and its generators are now their main concern and the water still continues to rise. Ray finds the water getting closer to the air inlet pipes which threat to flood the engine stalling it permanently. The crew use all the water pumps which soon get so overwhelmed by the water causes the generator fuses to trip. Ray lodges wood blocks against the breakers to keep the power to the pumps going.

The ship slowly start to slip off the reef as the crew wait for rescue in the break room. The water in the engine room finally reach the inlets and floods them, stalling and destroying the engine and shutting off the generators which shuts off the outside lights, making it much hard for the ship to be spotted by the coast guard.

Bernie steers the 36500 to the stricken tanker. Even though his boat is only designed to take on 12 people, Bernie manages to rescue 32 crewmen. The stern of the Pendleton begins sinking more rapidly during the rescue and goes down shortly after the last crewman comes aboard Bernie's boat. Relying on his knowledge of the coast and prevailing winds in place of his compass, Bernie steers the 36500 toward home--a task made more difficult as Chatham loses power. However, Miriam and the other townspeople drive their cars to the pier and turn on their headlights to guide Bernie in.

A closing segment briefly documents the aftermath of the rescue using photographs from the actual events. Two months later, Bernie and Miriam are married; they stay together for 58 years until Bernie's death in 2009. Webber and his crew receive the Gold Lifesaving Medal in honor.

Principal photography began on September 8, 2014, in Quincy, Massachusetts.[18] On October 27, the film was being shot at Fore River Shipyard in Quincy.[19] They were also set to film at various South Shore locations and then move to Chatham, Massachusetts in December.[19][20] In early December, filming was taking place in the town of Marshfield.[21] Affleck was seen playing piano at Symphony Hall in Boston on December 12, during the Chatham shoot,[22] and expressed to the Boston Globe that his experience shooting the film was "one of [his] best".[22] Production designer Michael Corenblith reproduced the interior of the Pendleton.[23] Post-production lasted a year, with the film requiring nearly 1,000 visual effects shots.[24] Moving Picture Company (MPC) were responsible for creating the majority of those shots.[25]

The Finest Hours has grossed $27.6 million in North America and $24.5 million in other territories for a worldwide total of $52.1 million, against a budget of around $80 million.

In March 2016, Variety reported Disney was expecting losses of around $75 million from the film.[35]

On Rotten Tomatoes, the film has a rating of 63%, based on 143 reviews, with an average rating of 6.1/10. The site's consensus states, "Old-fashioned to a fault, The Finest Hours will satisfy those seeking a traditional rescue drama – but may leave more adventurous viewers wanting more."[36] On Metacritic, the film has a score of 58 out of 100, based on 39 critics, indicating "mixed or average reviews".[37] On CinemaScore, audiences gave the film an average grade of "A–" on an A+ to F scale.[34] 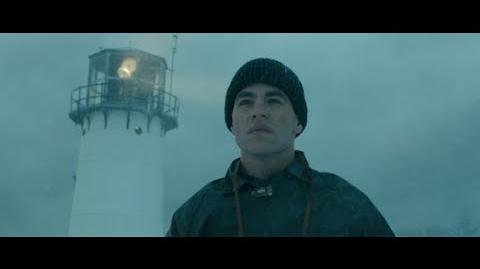