"The Hunting Instinct" is an episode of Walt Disney's Wonderful World of Color. It aired on October 22, 1961.

Ludwig Von Drake hosts this episode, since Walt feels this noted expert on everything can shed some light on the subject of why man hunts. Von Drake has brought his assistant Herman the Bootle Beetle to help demonstrate the finer points of hunting. 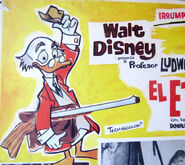 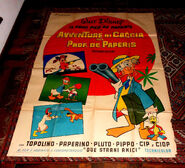 Japanese Poster
Add a photo to this gallery
Retrieved from "https://disney.fandom.com/wiki/The_Hunting_Instinct?oldid=4055189"
Community content is available under CC-BY-SA unless otherwise noted.