1994
The Jungle Book is a video game based on the 1967 Disney animated film The Jungle Book, primarily released in 1994. It was first released by Virgin Interactive in 1993 for the Sega Master System. Conversions for the Game Boy, NES (for which it was one of the last titles released by a third-party developer), Sega Mega Drive/Genesis, Sega Game Gear, Super NES, and PC followed in 1994, while a different game, done in the puzzle genre for the Game Boy Advance was released in 2003.

While gameplay is the same on all versions, technological differences between the systems forced changes — in some case drastic — in level design, resulting in six fairly different versions of the 'same' game. This article is largely based upon the Sega Mega Drive/Genesis version.

The player controls Mowgli, a feral young boy who has been raised by wolves. Mowgli must leave his home in the jungle and go back to the man village because Shere Khan, a tiger, is now hunting him. Mowgli must fight jungle wildlife and ultimately Shere Khan himself to reach his village. During the journey he meets Bagheera, Baloo, King Louie, the hypnotist snake Kaa, as well as the evil Shere Khan.

The player controls a young Mowgli through various side-scrolling levels in a similar mold of Pitfall!. The Mowgli character must shoot or avoid enemies and negotiate platformed levels and enemies by running, jumping, climbing vines and using the various weapons and powerups available during the game. Mowgli starts the game with a banana projectile, but may collect invincibility masks, coconuts, double banana shots, and boomerang bananas during the game.

Levels are completed by collecting a sufficient number of gems, then finding a specific character placed in the level. The player scores points by obtaining gems along with having fruits and other items that contribute to the player’s in-game score.

This information is drawn from the Sega Mega Drive/Genesis/NES version. While the SNES title differs in stage layout, the story arc is identical. Stages are divided into chapters which, sequentially, comprise the plot. Each chapter opens with a description of the story at that point and the objective of the stage; some stages are completed by defeating a boss, while others have 'friendly' characters which the player is required to find after collecting sufficient gems.

The player has seven minutes to complete each level. Depending on difficulty, the number of gems the player must collect to progress is either eight (easy), ten (medium), or twelve (hard), of a total of fifteen gems spread throughout the level.

The soundtrack features tunes from the Disney cartoon that it is based on, including the popular "Bare Necessities", "I Wanna Be Like You", and "Colonel Hathi's March". 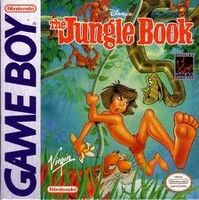 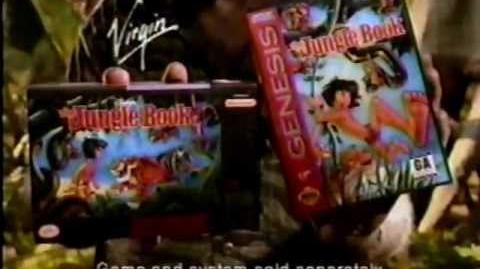 Puzzle
The game was remade for Game Boy Advance in 2003; although followed the plot of the 1967 movie it was largely puzzle-based, rather than a platform game. It was used to promote the film's sequel, The Jungle Book 2.