Disney Wiki
Register
Don't have an account?
Sign In
Advertisement
in: Films, Television specials, The Lion King,
and 5 more
English

The Lion Guard: Return of the Roar is an animated television movie that premiered on November 22, 2015, on Disney Channel. It is the pilot for the animated series The Lion Guard.

At sunrise in The Pride Lands, Simba is teaching his daughter Kiara how to be Queen, when his son Kion and his honey badger friend Bunga interrupt them. After apologizing, the boys take their game elsewhere: the Savannah. Suddenly, their ball is knocked into the Outlands. Kion doesn't want to go in because his father said not to, but Bunga goes in anyway. Unfortunately, he bumps into two hyenas named Cheezi and Chungu, who attempt to capture Bunga in order to fed him to their leader Janja. Kion saves Bunga with a very powerful roar. After making the roar, a mark shaped like a lion appears on his left shoulder.

Back at Pride Rock, it's revealed that Simba, his mate Nala, and Rafiki heard the roar. Despite Simba's reservations, Rafiki declares Kion ready for his destiny. Rafiki tells Kion his roar is the Roar of the Elders and Simba tells him it means he's destined to be the leader of the new Lion Guard. He takes Kion to the Lair of the Lion Guard and gives him the history of the Lion Guard: It's composed of the bravest, strongest, fastest, fiercest, and keenest of sight in the Pride Lands to protect the Pride Lands. He also tells his son that the old Lion Guard's end was not happy: When Kion's grandfather Mufasa was heir to the throne, his younger brother Scar was head of the Lion Guard due to having the gift of the Roar. However, Scar let the power go to his head which lead to him to desire to become King. After he failed to convince the Lion Guard to help him take down Mufasa, he used the Roar to destroy the old Lion Guard. However, for using the Roar for evil, Scar lost the Roar forever. Rafiki tells Kion that the Roar can be used for great good but can lead to terrible evil. Kion vows that he will never be like Scar and begins devoting himself to the task of assembling a new Lion Guard. He picks Bunga as its first member since he's the bravest animal he knows. However, they are overheard by a vulture named Mzingo who flies off to tell Janja.

Meanwhile, Kion and Bunga help Kiara's friend Zuri get unstuck and meet up with Bunga's adoptive uncles Timon and Pumbaa. Kion tells them about the new Lion Guard. Bunga tells them it's gonna live by the philosophy of Zuka Zama. He gives a musical explanation of what that is. Kion and Bunga then leave to assemble the rest of the Lion Guard. A jealous Kiara heads back to Pride Rock to inform Simba of this.

Meanwhile in the Outlands, Mzingo tells Janja what Kion is doing. Janja decides a new Lion Guard will be trouble for Outlanders and decides to launch a pre-empitive strike. Meanwhile, Kion recruits a egret named Ono, a hippopotamus named Beshte, and a cheetah named Fuli to be part of the Lion Guard. He then tries to show them the Roar of the Elders but all that comes out is a squeak. Immediately afterwards, Simba comes by and tells Kion that the Lion Guard has always been made up of lions and that it's not a game he plays with his friends and that he needs his son to take his new responsibilities seriously like Kiara does with hers.

Meanwhile, Kiara and her other friend Tiifu are tracking a gazelle herd. However, upon noticing, Janja and his clan going into the herd, Kiara sends Tiifu to fetch Simba. Soon enough, the hyenas cause a stampede among the herd, Kiara becomes trapped in it whilst Tiifu, Simba, and Nala watch on in horror. Elsewhere, Kion is feeling discouraged because of what his father said. The spirit of Mufasa appears and encourages him to trust his instincts. Kion finds new inspiration in his grandfather's words. After learning about the Hyenas' attack, he comes up with an idea to stop them. Together, the new Lion Guard defeats the hyenas. Then, Bunga saves Kiara with a Pumbaa worthy fart. Kion then sends the hyenas packing with the Roar, with Janja vowing to Kion that he and his Lion Guard haven't seen the last of him. This makes Simba realize that Kion knew what he was doing when he chose his friends to be part of the new Lion Guard and that he is indeed ready.

The Disney Wiki has a collection of images and media related to The Lion Guard: Return of the Roar. 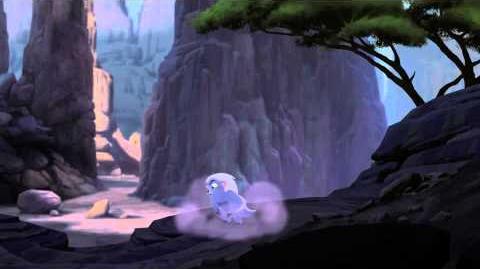 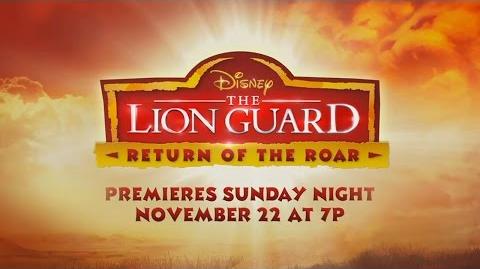 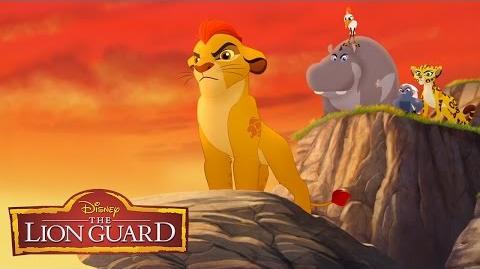 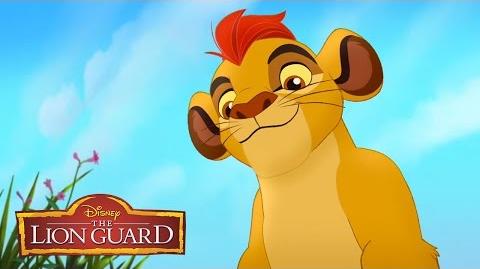 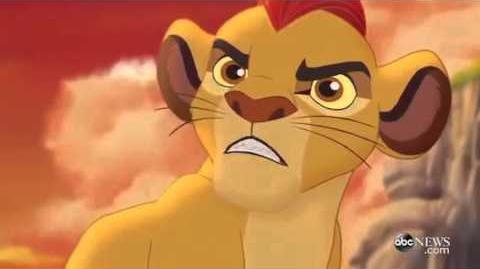 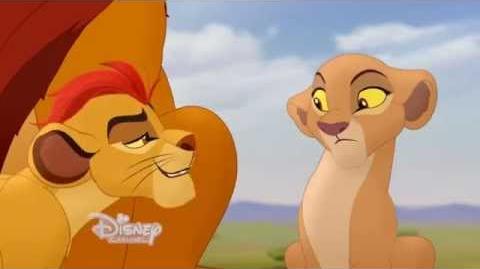 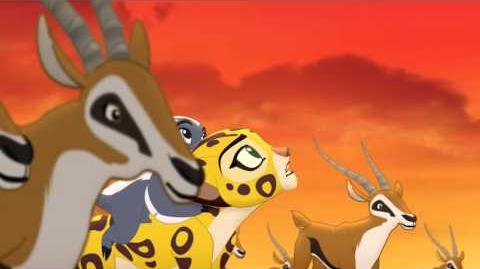 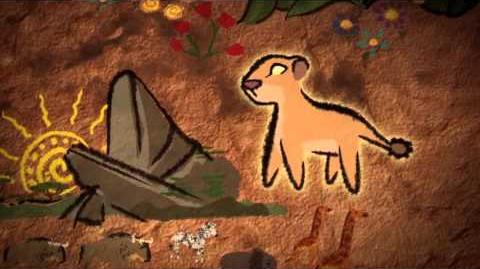 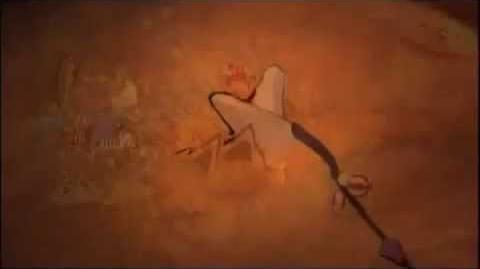 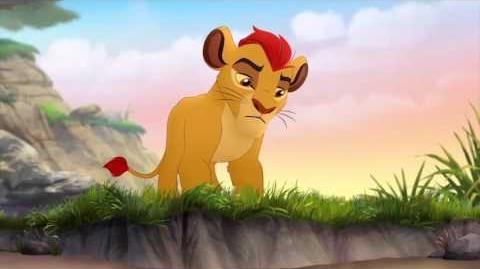 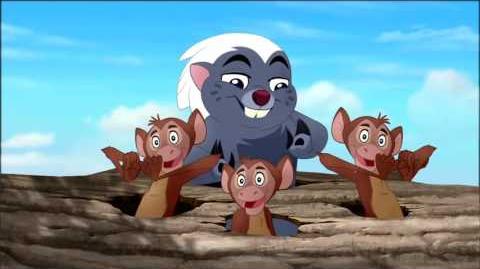 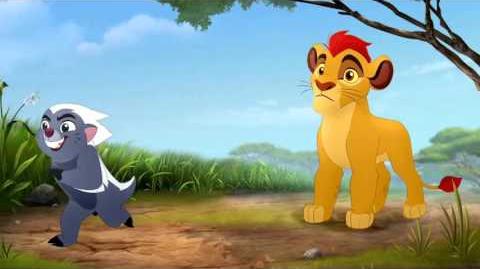 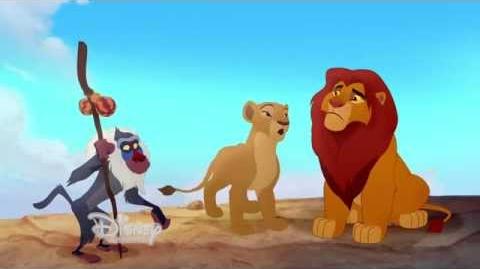 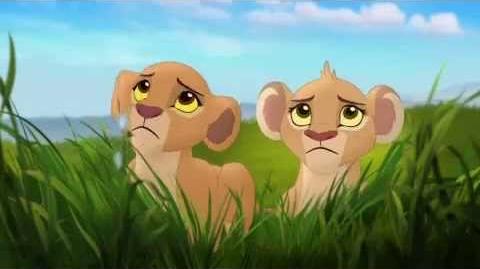 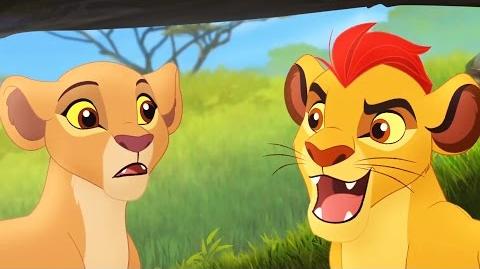 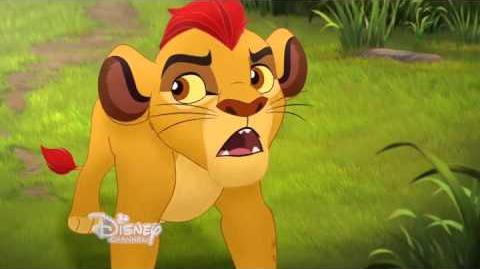 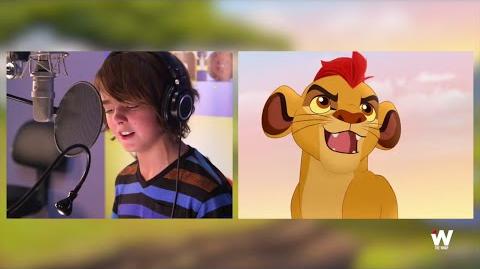