The Lion Guard Adventure was an interactive experience which began on February 7 at Disney's Animal Kingdom themed to the Disney Channel and Disney Junior show The Lion Guard. It finished in late March.

Similar to the park's Wilderness Explorers, it is a scavenger hunt where young guests are tasked to find the five characters from the show all around the park: Kion, Bunga, Fuli, Beshte, and Ono. They can be found by the map given to them as part of the experience and to their corresponding statues. After that children will take a special pledge to become an honorary member of the Lion Guard and receive a special button, which shows the Mark of the Shield, to keep.

The pledge is: “I promise.... To use my keen eyes, To see right and wrong, To use my roar, and To be brave, fast and strong. I will protect My animal friends. I pledge to the Lion Guard, I will defend!” 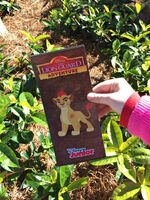 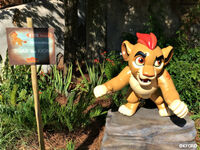