Disney Wiki
Register
Don't have an account?
Sign In
Advertisement
in: Films, The Lion King, Remakes,
and 9 more
English

View source
watch 01:32
'The Lion King' Teaser Trailer
Do you like this video?
Play Sound

This article is about the 2019 photorealistic computer-animated film. For the 1994 traditionally animated film of the same name, see The Lion King.

$1.655 billion
The Lion King is a 2019 American musical drama film directed by Jon Favreau and written by Jeff Nathanson. It is a photorealistic computer-animated remake of the 1994 traditionally animated film of the same name, which itself is loosely based on William Shakespeare's play Hamlet. The film was released by Walt Disney Pictures on July 19, 2019. The plot follows Simba, a young lion who must embrace his role as the rightful king of his native land following the murder of his father, Mufasa, at the hands of his uncle, Scar.

Simba, the son of Mufasa and the Prince of the Pride Lands, hopes to follow in his father's footsteps. However, Mufasa's brother, Scar, plots to betray Mufasa and take over the Pride Lands, forcing Simba into exile, where he meets Timon and Pumbaa. As a result, Simba has to make an alliance and rebuild himself fully to take what is rightfully his.

Scar sets a trap for his brother and nephew, luring Simba into a gorge and having the hyenas drive a large herd of wildebeest into a stampede that will trample him. He tells him he will find his "Roar," and he will never be called a cub again. He informs Mufasa of Simba's peril, knowing that the king will rush to save his son. Mufasa saves Simba but ends up hanging perilously from the gorge's edge. Scar refuses to help Mufasa, instead sending him falling to his death. He then convinces Simba that the tragedy was Simba's fault and advises him to leave the kingdom and never return. He orders the hyenas to kill the cub, but Simba escapes. Finally, Scar tells the pride that both Mufasa and Simba were killed in the stampede and steps forward as the new king, allowing his three hyena minions and the rest of their large pack to live in the Pride Lands.

Aided by his friends, Simba sneaks past the hyenas at Pride Rock and confronts Scar, who had just struck Sarabi. Scar taunts Simba over his role in Mufasa's death and backs him to the edge of the rock, where he reveals to him that he murdered Mufasa. Enraged, Simba reveals the truth to the rest of the pride. Scar attempts to defend himself, but his knowledge of Mufasa's last moment (despite having previously claimed that he arrived too late at the gorge) exposes his role in Mufasa's death. Timon, Pumbaa, Rafiki, Zazu, and the lionesses fend off the hyenas while Scar, attempting to escape, is cornered by Simba at the top of Pride Rock. Scar begs for mercy and attempts to blame the hyenas for his actions; Simba spares his life but orders him to leave the Pride Lands forever. Scar refuses and attacks his nephew, but Simba manages to toss him from the top of the rock. Scar survives the fall but is attacked and killed by the hyenas, who overheard his attempt to betray them. Afterward, Simba takes over the kingship and makes Nala his queen.

On the review aggregator website Rotten Tomatoes, the film holds an approval rating of 53% based on 392 reviews and an average rating of 6/10. The website's critical consensus reads, "While it can take pride in its visual achievements, The Lion King is a by-the-numbers retelling that lacks the energy and heart that made the original so beloved--though for some fans that may just be enough." 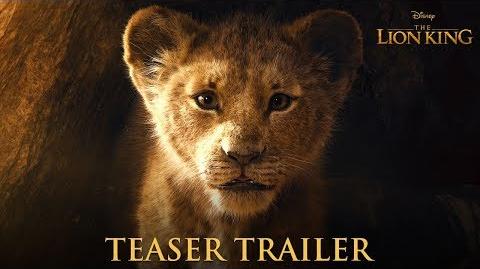 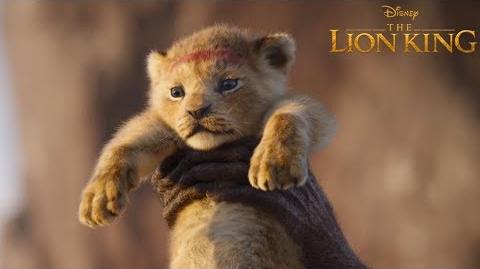