The Seas with Nemo & Friends
(The Seas)
(World Nature)

The Living Seas was an aquarium and attached dark ride attraction located on the western side of Future World at Epcot, a theme park at the Walt Disney World Resort in Bay Lake, Florida. The pavilion was themed as an underwater exploration base called Sea Base Alpha, with several exhibits devoted to oceanic study. The pavilion opened in 1986, but had been planned as part of the park since its opening in 1982.[1][2]

The Seas Pavilion was part of plans for Epcot Center since the late-70s, with an early version of the attraction planned to feature the Greek sea god Poseidon as a host for a dark ride using bubble vehicles exploring different aspects of the ocean before dropping guests off at a futuristic marine research base. It didn't make it into the opening line-up as Disney had trouble finding a partner to sponsor the pavilion with and the dark ride portion was scaled back when United Technologies signed on to sponsor the attraction.

The Living Seas opened to the public on January 15, 1986. It housed the largest saltwater tank in the world at its completion, holding 5.7 million US gallons (22,000,000 L) of water, but was surpassed in 2005 with the opening of the Georgia Aquarium.[2][3] The concept of the building was to take visitors under the ocean to "Sea Base Alpha". Guests viewed a short movie about the formation of the oceans entitled The Sea, which was followed by an elevator ride to the ocean floor aboard a "Hydrolator" (in reality, guests rode a stationary hydraulic elevator while moving walls, sound effects and a vibrating floor gave the effect of traveling a long distance downward ). Guests then boarded a Seacab on the Caribbean Coral Reef Ride, and rode through the middle of the tank. They then disembarked into the main exhibit area where they could interact with various multimedia displays. Once finished, guests leaving the pavilion would then board another Hydrolator to the surface (which, similar to the first set of elevators, simulated upward motion).

The Living Seas was sponsored by United Technologies from its opening until 1998. After the departure of United Technologies as sponsor of The Living Seas, significant changes were made to the pavilion. All sponsorship references were removed from the pavilion. Preshow theatre #2 was removed and a corridor was built through its space, allowing for guests to bypass the preshow if they wished to go directly to the Hydrolators.

On October 21, 2001, as a result of declining patronage following the September 11 attacks, the Seacabs closed down and were walled off. The queue of the Seacab ride was left intact and the Seacabs were still visible to guests through the ocean tank windows. Reasons for their closure are not entirely known. After they closed, guests leaving the Hydrolators walked along the former wheelchair bypass corridor to Sea Base Alpha. Now, guests had the option of viewing the preshow or going directly to the Hydrolators and simply walking to Sea Base Alpha.

In December 2003, Disney began to re-theme The Living Seas into a new pavilion based on the recently released Pixar film Finding Nemo. The majority of the transformation began with exterior elements, but in January 2004, the interior began to change as well. On November 16, 2004, Turtle Talk with Crush opened in what was once Module 1C, or the Earth Systems exhibit. The show's unexpected success overwhelmed the pavilion, causing the development of plans to move Turtle Talk with Crush to a larger area in the pavilion.

Turtle Talk with Crush was only the beginning of changes to The Living Seas. On August 21, 2005, The Living Seas closed for its transformation into The Seas with Nemo & Friends. Parts of the pavilion reopened in late November 2005. Outside the pavilion, the facade and mural were changed and depictions of sea life seen in Finding Nemo were added. The exit Hydrolators had been removed, and were replaced with glass doors that served as an exit and temporary entrance. Sea Base Alpha had been re-themed to Finding Nemo and the entire original preshow area was in the process of being rebuilt. Decor and signage was replaced and scientific displays were replaced by ones themed to Finding Nemo. Turtle Talk with Crush remained as popular as it was before the transformation. 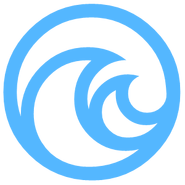 Queue displays of the history of undersea exploration. 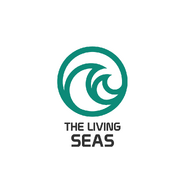